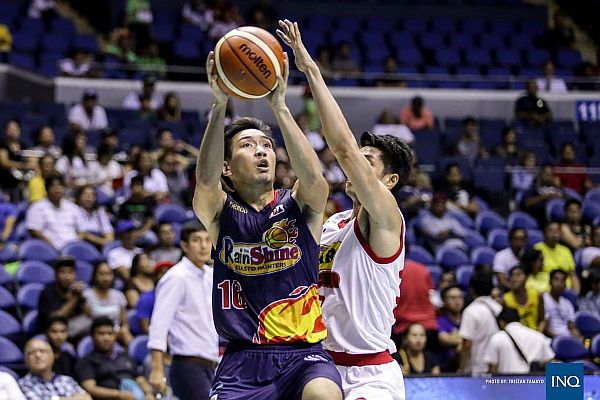 JEFF Chan admitted he was caught off guard by the trade that sent him to Phoenix after playing eight seasons with Rain or Shine.

But rather than be down, the veteran shooter is taking everything in stride as he moves forward to the next chapter of his career.

“I was shocked. But that’s how the life of a basketball player is,” Chan told INQUIRER.net in a text message on Monday.

The Elasto Painters traded Chan in exchange for forward Mark Borboran and a future second round pick.

The 33-year-old Chan is just grateful for his time with Rain or Shine and hopes to make the same impact as he joins an upstart Phoenix crew.

“I’m excited and I hope that I can help Phoenix make it to the playoffs,” he said.

The Fuel Masters are currently on a three-game slide as they sit on a 2-3 (win-loss) card in the 2017 PBA Governors’ Cup.

Chan, who won two titles with the Elasto Painters, is keeping his hopes up that his entry will turn things for the better for Phoenix.

“We already talked and I told them that I can do whatever they want from me. Again, I just want to help the team make it to the playoffs,” the 2012 Governors’ Cup Finals MVP said.

Read Next
‘Be physically fit’