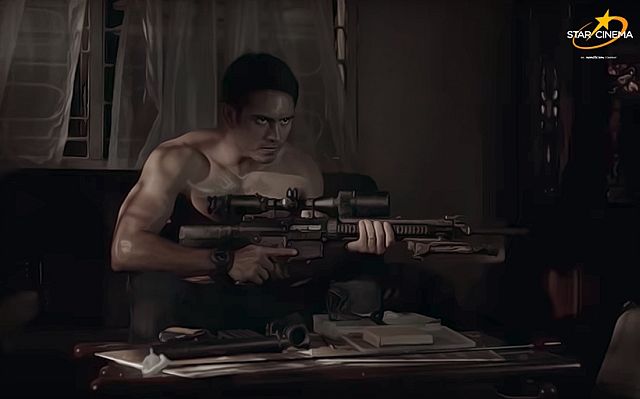 IF YOU are done with the comedy, drama, and romance films in the ongoing  Pista ng Pelikulang Pilipino (PPP), it’s time for you to watch the action-thriller film, “AWOL.”

Topbilled by Kapamilya actor Gerald Anderson, it is a story about  Lt. Abel Ibarra, who leads the sniper team Musang of the Philippine Army.

Abel left the military and turned into a militant to protect his family.  Anderson, on his Instagram account (@andersongeraldjr) last June 29 thanked film director Enzol Williams, saying he did a great job even if they only had 11 days to shoot the film and had a small budget.

On June 30, Anderson thanked the Film Development Council of the Philippines for choosing the film “AWOL” as part of the PPP 2017.

“Masaya and honored po ako to be part of this festival. Sana tangkilikin at panoorin po natin ang lahat ng mga entries!,” the actor said. Star Cinema’s “AWOL” is graded A by the Cinema Evaluation Board.

Three days ago, Anderson through his Instagram account thanked the public for the positive reviews of their film.  The same day he also posted, “The deadliest weapon in the world is Lt. Abel Ibarra and his gun.

AWOL now showing #PistaNgPelikulangPilipino #PPP2017 #AWOL.” To recall, Anderson visited the wounded soldiers from the Marawi clash at the Armed Forces of the Philippines (AFP) Medical Center in Quezon City in July.  He posted on his Instagram account a video of him talking to the wounded soldiers and distributing goods to them.  Anderson is a member of the Philippine Coast Guard Auxiliary.