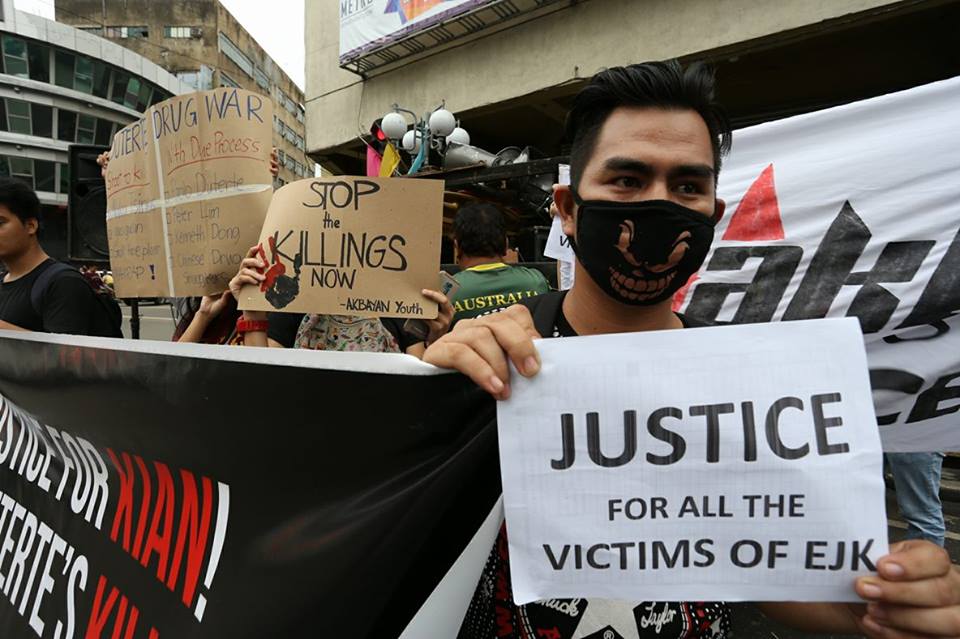 Members of a youth group held protest for the victims of the extrajudicial killings. (CDN PHOTO/JUNJIE MENDOZA)

AT LEAST 20 members of the militant group Akbayan Youth converged at the junction of Colon Street and Osmeňa Boulevard on Monday after to denounce the brutal war on drugs of the administration.

The group braved the rains and held a protest action on Colon Street in downtown Cebu City to denounce the killing of 17-year-old Kian delos Santos who was shot dead by police officers during a drug operation in Caloocan City last week.

The groups brought banners with messages that sought justice for the death of the Grade 11 pupil.

They also lighted candles for the teenager and the other victims of extra judicial killings.

Read Next
New fire officers to be deployed soon