Business slows down amid ‘ghost month’ 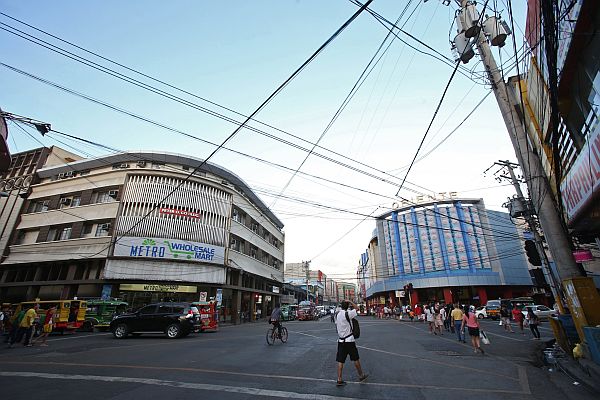 As businesses are expected to experience a slowdown during the so-called “ghost month,” an official of the Cebu Filipino-Chinese Chamber of Commerce (CFCCC) urged the local business community to “stick to the basics.”

Dickson Lim, CFCCC director, said cash flow will be tight amid the slowdown and encouraged businesses to only purchase items that are essential.

“They have to cut off non-essential items from their purchases. They can also reduce expenses through cost-saving techniques such as postponing buying these items until after (the) ghost month,” he said in a phone interview with Cebu Daily News.

The ghost month, which runs from August 22 to September 19, refers to a period in the Lunar calendar when Chinese investors avoid making big-ticket investments or other big moves like getting married or moving to a new house.

In Chinese culture, the fifteenth day of the seventh month in the Lunar calendar is called Ghost Day while the seventh month in general is regarded as the “Ghost Month,” in which ghosts and spirits, including those of deceased ancestors, were said to come out from the “lower realm.”

Because of this belief, Lim said many businesses, especially those Chinese-owned, will “lie low” for the period.

Lim noted that several opening ceremonies for establishments, such as those of Summit Galleria Hotel Cebu along the North Reclamation Area and of the Honda dealership in Barangay Mabolo, both in Cebu City, were held last week, or prior to the start of the ghost month.

“Before this date, many opened their businesses. Nobody will open a business during ghost month,” he said.

While this was a Chinese belief, Lim said “non-believers” are also affected.

“Even if you don’t believe in the ghost month, but the companies you are dealing with do, then your business will be affected as well,” said Lim.

The chamber official said he expected business to pick up again between the last week of September and the first week of October, leading to the stronger market demand during the Christmas season.

CFCCC has around 100 members based in Cebu City.

Robert Go, chief executive officer of Prince Retail and president of the Philippine Retailers Association in Cebu, said the Filipino-Chinese business owners are not the only ones who are cautious during the ghost month, but almost all of the contractors he knows, either of Filipino or Chinese ancestry.

“There are no ground breaking ceremonies, no opening of stores, practically no opening of new businesses during this period,” he said.

Furthermore, inaugurations are postponed after ghost month even if everything is ready, said Go.

The businessman said they consider it as bad luck to do all these activities during ghost month.

On a related note, the stock barometer ended flat on the first day of the “ghost month,” as investors chose to be cautious while the index neared all-time highs.

Trading volumes are usually thinner during this period.

But for Philip Tan, past president of the Mandaue Chamber of Commerce and Industry, a person creates his or her own luck.

“I believe that if a person does good things, blessings will come to him. Let us not wait for good or bad luck,” he said.

While most Chinese businessmen are cautious during this period, Tan said he will never refuse a big opportunity once it comes.

“It doesn’t mean that it’s ghost month, we won’t make decisions because we’re afraid. If our conscience is clean and blessings come, let’s welcome it,” he added.

Tan, whose ancestors are pure Chinese who first came to Cebu in 1948, said that he considers his values more that of a Filipino, the reason why he does not believe in ghost month.

The businessman is the chairman and president of the Mandaue-based Wellmade Motors & Development Corporation, which was founded in 1988.

He said that 20 to 30 years ago, the impact of ghost month would have been felt greatly, but not today, especially with the new breed of businessmen immersed in technology.