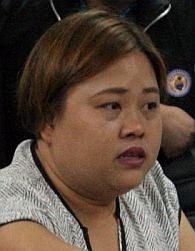 Barug Team Rama candidates in the south district of Cebu City, who lost in last year’s elections may be recommended by the party to replace Councilor Nendell Hanz Abella who is set to assume as commissioner of the National Labor Relations Commission (NLRC).

Although the party is yet to formally meet and discuss the matter, some of its stalwarts yesterday revealed that they are considering Renato “Junjun” Osmeña Jr. and Inayawan Barangay Captain Lutherlee “Lotlot” Ignacio-Soon to be in the list of names to be recommended to the Office of the President to replace the post to be vacated by Abella.

“Personally, I’d like to recommend those who ran with us in 2016 but we’re not elected as councilors at that time. At least, there’s some sort of semblance of election and public acceptability as they also received votes from the people,” said Councilor Raymond Alvin Garcia.

But Abella and Tumulak later on bolted the party and transferred to the Bando Osmeña-Pundok Kauswagan (BO-PK).

Councilor Daluz agreed with Garcia’s suggestion that Junjun Osmeña and Ignacio-Soon should be prioritized in replacing Abella’s seat.

In a separate interview, former mayor Michael Rama, the party’s leader, refused to comment on the possible replacement of Abella, saying he is yet to meet with the Barug Team Rama councilors to discus the mated. He only said that if Abella will really leave the Council, then things will become “exciting.”

While he already received an official appointment document signed by President Duterte, Abella said he was told to wait for another document coming from the NLRC itself regarding his appointment.

He said he expects the document to arrive within the month, after which he will immediately assume the position. Until then, Abella said, he will not yet tender his official resignation to Cebu City Vice Mayor Edgardo Labella.

Abella said he also talked with Mayor Tomas Osmeña and Councilor Margarita Osmeña, who is the current majority floor leader of the Cebu City Council, about his plans.

“They already know. I promised them that not until I will officially receive the document from NLRC, if I can still help in the City Council, I will,” he said.

Abella said he will also have to resign from his other affiliations in the private sector.

He is legal consultant of the University of Cebu (UC), vice president of the Cebu Technological School (CTS), and operations manager of Metro Ferry.

He also has a law firm.

Abella said he applied for the position last March after one of the three commissioners of the NLRC 7th Division retired last April.

Mayor Osmeña admitted that Abella’s departure will be “bad” for BO-PK. Their numbers in the City Council will become eight. On the other hand, Barug Team Rama will have another ally through the replacement making them nine in the Council, plus Vice Mayor Labella who is the presiding officer.

“(It’s) bad for us. But people have to realize it’s bad for the city because we know that Team Rama is going to block our projects. We’ll just have to learn how to adjust as much as we can in this situation,” he told reporters yesterday.

Barug Team Rama councilors, however, pointed out that they have been unanimously supporting the mayor’s flagship projects and even crossing party lines in certain issues.

Councilor Joel Garganera pointed out that they supported the approval of the mayor’s proposed annual and supplemental budget this year, approval of the 93-1 land swap deal with the Cebu provincial government, the selling of another three hectares of the South Road Properties (SRP), and that some of their allies voted with BO-PK in pushing for the Cebu Bus Rapid Transit (BRT) project.

The Barug Team Rama councilors also said that while they agree to the suggestion to have a status quo at the Council for now, the BO-PK bloc should also vacate the committee chairmanships out of “delicadeza.”

Garcia said this was the first thing that they also did last July when BO-PK achieved the majority following the transfer of Councilor Jerry Guardo to BO-PK.

Sought for comment, Councilor Osmeña said they are yet to talk with the other councilors about this.

“Anyway, there is still no formal resignation from Hanz. We will do it when it’s appropriate. But we will not cling in there if it is not wanted,” she told reporters.

She admitted that it is a political disadvantage for them.

Nonetheless, she said they were already expecting it and that they will support Abella.

“This was nothing really like a surprise because he had already explained to us before that it has been his dream. But it, happening in your face, makaguol g’yud (it’s worrisome). I texted him ‘Hanz, we’ll miss you but we will always wish you well.’” she added.