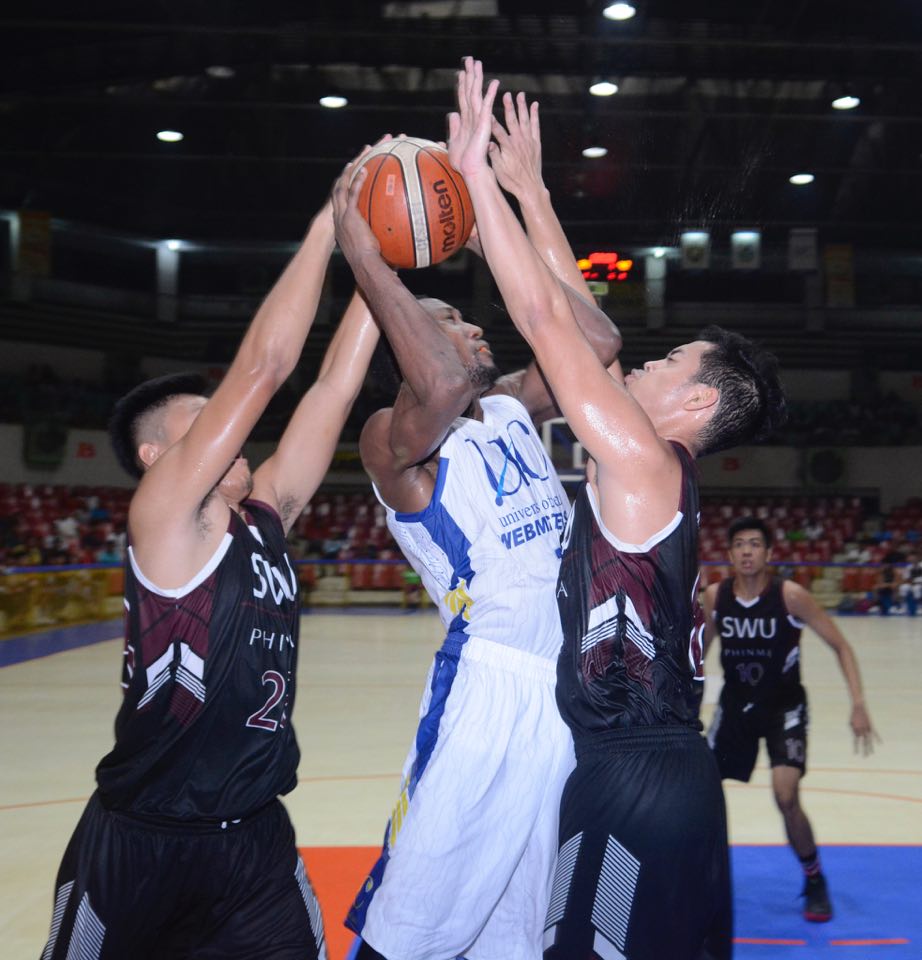 The Southwestern University(SWU)-Phinma Cobras hope to turn things around in the second round.

They began that yesterday by taking down one of the league giants as they bested the University of Cebu (UC) Webmasters, 71-62, in the 17th Cesafi men’s basketball tournament at the packed Cebu Coliseum.

Getting contributions from unlikely players as well as big time buckets from the usual suspects, the Cobras snapped their three-game slump to uptheir win-loss record to 2-5.

Mac Racho pitched in 11 and had eight in a searing 19-3 run in the third period that overhauled a four-point deficit and turned it into a 50-37 lead heading to the final canto. Star guard John Lloyd Luz also had 11 along with four rebounds, two assists and three steals.

The Webmasters’ evening started right as they led, 26-18, near the end of the second canto. But the Cobras started humming, and ended that stretch with a huge 11-2 salvo capped by a buzzer-beating floater by Shaquille Imperial that put the Cobras in the driver’s seat, 29-28.

Things continued going SWU-Phinma’s way in the third as Daryl Nazareno punctuated their 19-3 uprising with a triple from the right wing to give the Cobras the 13-point lead.

But the Webmasters fought back and brought the deficit down to five, 52-57, off a putback by Justine Dacalos with 3:02 to go, before Bayhonan found space on an inbound play to get a wide-open lay-up, and Luz stole the ball from Dacalos at halfcourt and went all the way for a lay-up to push their lead up to nine, 61-52, 2:24 remaining.

UC’s last ditch rally pulled them to within five after a triple by Jayvee dela Cruz with just 31 seconds left but William Polican and Fernandez made their free-throws to slam the door shut on the Webmasters.

UC’s Cameroonian forward Frederick Elombi led the team with 25 points but shot 7-of-20 from the field. The Webmasters fell to 4-3.

Meanwhile in the high school division, the Cebu Eastern College squandered an 11-point lead in the last three minutes but recovered down the stretch to emerge with a thrilling 60-56 win over the SWU-Phinma Cobras.

CEC was ahead, 53-42, but suddenly found themselves trailing, 55-56, after a free-throw by Don Cole. But Ivan Ares knotted the count at 56-all for the Dragons before James Tempra completed the escape act with a putback with just seconds to go in the match.

Ares topped CEC in scoring with 23 while Tempra finished with 14 to bring the Dragons’ record to an even 3-3.

The Baby Cobras fell further down to 2-5.

Read Next
92 SURRENDERED DUE TO SHAME CAMPAIGN