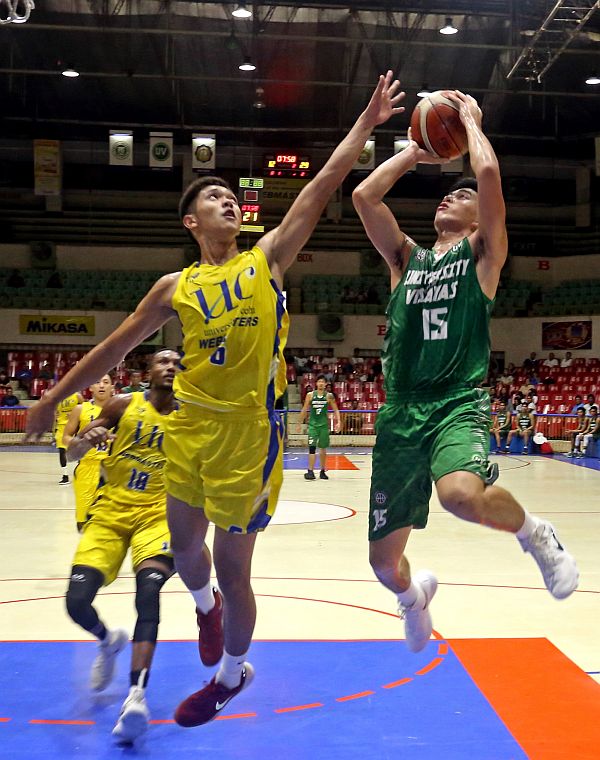 After narrowly escaping the Cebu Institute of Technology-University (CIT-U) Wildcats in their last game, the University of San Carlos (USC) Warriors will be looking to tighten the screws on their play when they battle the University of Southern Philippines Foundation (USPF) Panthers in the 17th Cesafi men’s basketball tournament today at the Cebu Coliseum.

The Warriors needed a huge four-point play from John Reel Saycon to turn back the pesky Wildcats last Sunday, 59-55, to nab their sixth win in eight games.

In spite of the win, head coach Bong Abad is asking his wards to “maintain the momentum on defense” as they pursue the league-leading University of the Visayas (UV) Green Lancers for the top seed in the Final Four.

“We just want to play our best with the winning attitude, and maintain our momentum on defense,” said Abad, who has done a fantastic job taking over the reins of a team that has made the finals in each of the last two years.

USC’s opponent, the USPF Panthers, is still smarting from the 90-92 loss that they suffered at the hands of CIT-U. It was a costly defeat for the Panthers and their campaign for a Final Four spot as it dropped them to 2-5 (win-loss), and a ways from the fourth-running University of Cebu, which stands at 4-4.

USPF head coach Albert Alocillo vowed that his team would be coming out with more intensity this time around.

Meanwhile, the UV Green Lancers squandered a 21-point lead but still pulled off a 65-62 squeaker over the UC Webmasters in their hotly-contested game last Sunday night.