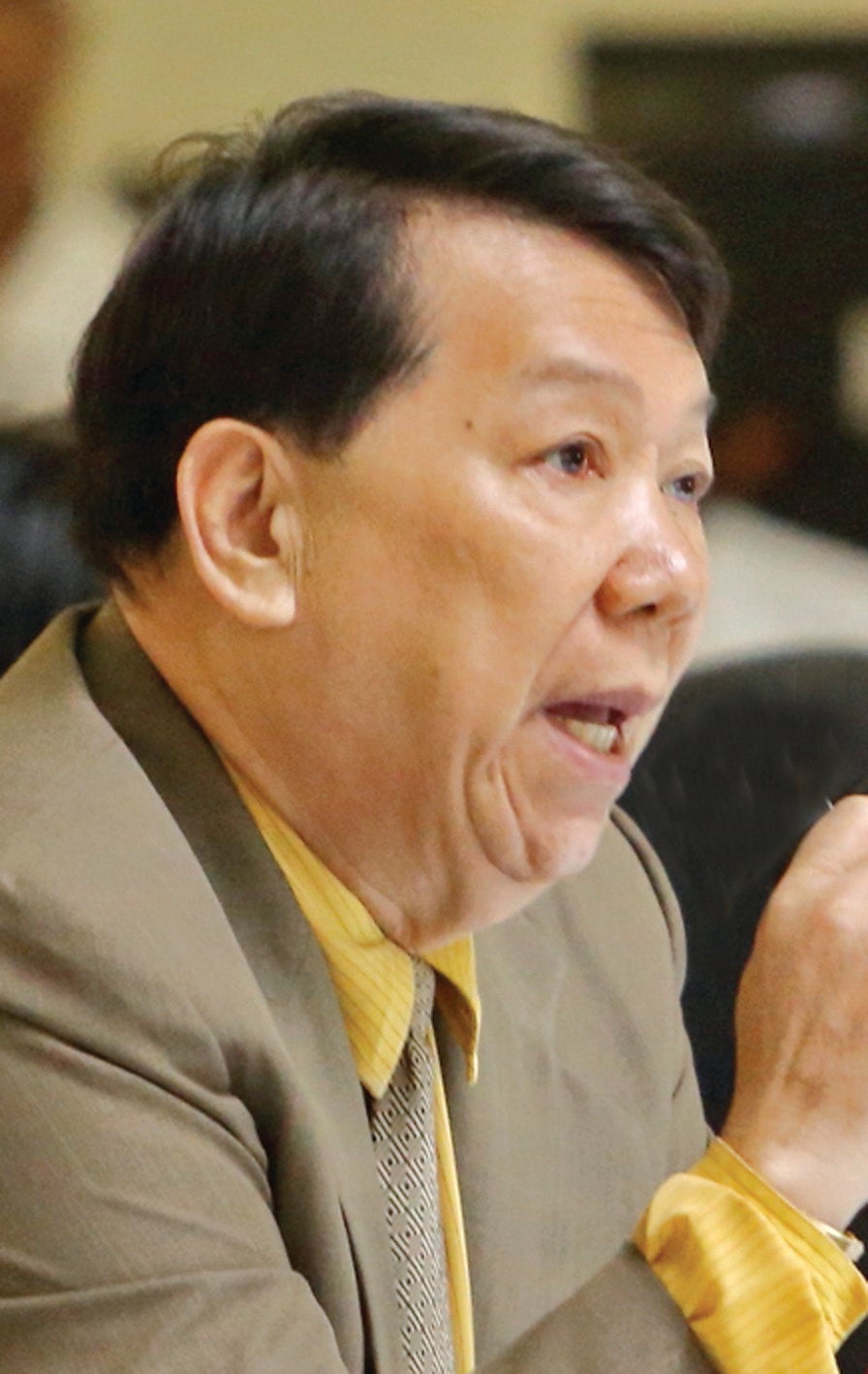 Andales wants Zafra to step down from Cebu City Council

Cebu City Councilor Sisinio Andales on Tuesday questioned the continued stay of Zafra as ex-officio member of the City Council, saying the president of the Association of Barangay Councils (ABC) – Cebu City no longer has the authority to hold the position since his term as ABC president expired on June 30, 2016.

If Andales succeeds in ousting Zafra, a member of Barug Team Rama, from the City Council, Bando Osmeña-Pundok Kauswagan (BO-PK) will get the majority back.

For now, with the resignation of Nendel Hanz Abella from the council, Barug Team Rama and BO-PK have the same number of councilors.

In case of a tie, Vice Mayor Edgardo Labella, the council’s presiding officer, will be the tie breaker. He is a member of Barug Team Rama.

However, when Abella’s replacement assumes the post, the scales will favor Barug Team Rama as the party will now have nine members.

In a privilege speech during yesterday’s council session, Andales said he received a copy of the Department of Interior and Local Government (DILG) memorandum which directed the ABC to hold an election of ex-officio sanggunian members not later than November 30, 2017.

“The president of the ABC who is sitting in the council must see the lack of authority,” said Andales, a member of the BO-PK.

He requested Zafra to stop sitting as ex-officio member of the City Council while waiting for the election of the ABC in November.

“It’s different. There are two things here. One being a barangay captain. Two, being an ex-officio member of the City Council,” Andales added.

Andales was referring to the DILG memorandum dated September 6, 2017, which was issued before the announcement by Congress approving the postponement of the barangay and Sangguniang Kabataan (SK) elections to May, 2018. The bill, however, still needs the signature of President Rodrigo Duterte in order for it to become a law.

In that memorandum, Interior Secretary Catalino Cuy said the ABC presidents “shall serve as ex-officio members of the sangguniang during their term as president of the Liga chapters which in no case shall be beyond the term of office of the sanggunian concerned.”

“The Liga ng mga Barangay is hereby directed to immediately hold elections for the ex-officio members of the Sangguniang Panglungsod and Sangguniang Bayan not later than 30 November 2017,” the DILG memorandum read.

Apparently reacting to the DILG memorandum, the National Executive Board (NEB) of the Liga ng mga Barangay or the ABC, in a special meeting held on September 10, 2017, issued a resolution directing all the Liga chapters not to hold any election “unless and until the Liga, through the NEB, has made an announcement and authorized the holding of elections.”

ABC national president Raymund Abesamis issued a memorandum, containing the dispositive portion of the NEB, which also reiterated the constitution and by-laws (CBL) if the Liga, as “it here reminds all Liga chapter officers and others concerned, to abide by the Liga CBL and uphold the authority of the Liga and the NEB to call elections.”

“It hereby directs all incumbent Liga chapter presidents to remain in office and as ex-officio members of the sangguniang concerned, until their successors shall have been duly elected and qualified unless sooner removed for cause in accordance with existing laws,” the resolution further read.

In an interview, Zafra said he has no plans of stepping down from the City Council at this point in time.

“I am still the president of the association (ABC). I am still an ex-officio member of the City Council,” he told reporters.

Zafra said the DILG memo does not mandate them to vacate their position, saying only Congress can determine the term of office of barangay officials.

Councilor Jocelyn Pesquera also said Zafra’s term as ex-officio member of the council has not yet expired.

“Philip’s term has not expired. What has expired in June 2016 is the regular members of the last sanggunian. Zafra’s term will end on the October 2017,” Pesquera said.

She said Zafra can sit in the City Council especially with the postponement of the barangay and SK elections.

“What is needed here is common sense. Laws can be interpreted in so many ways. His term of office has clearly not expired,” Garganera said.
Garganera and Pesquera are members of Barug Team Rama.

Labella, for his part, said Andales’ claim was nothing but a “personal manifestation” and does not necessarily echo what the DILG ordered.

Meanwhile, the House of Representatives and Senate decided to merge their version of the bills and skip deliberations in the Bicameral Conference Committee.

The bills will eventually be submitted to President Rodrigo Duterte.

Since both the Senate and the House of Representatives agreed to postpone the barangay and youth elections, the Commmission on Elections decided to resume the voter’s registration.

Cebu City North District Election Officer Marchel Sarno told CDN that their main office issued a memorandum to all Comelec offices to conduct an inventory of their available registration forms.

Sarno said there is a need for another registration because those who were not qualified to register for the supposed October 2017 polls may now qualify for next year’s elections.

“Unless and until the President signs both bills, we continue our preparation. However, we are slowing down to minimize our expenses for the printing of election materials,” he said.

Sarno said the start of the election period, which is set to begin on October 1, will go on as scheduled unless the President signs the bills to make formal the postponement of the elections.