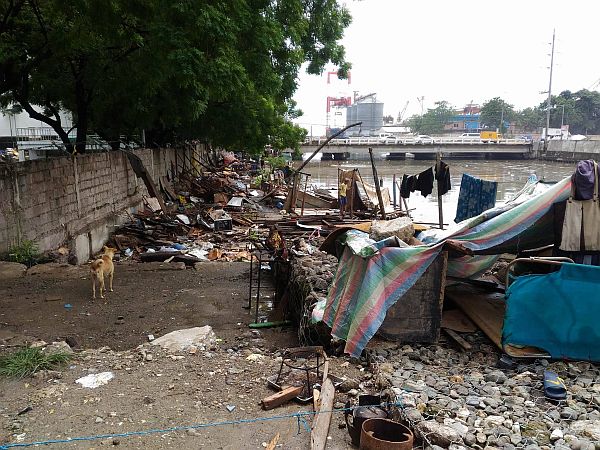 What remained of the shanties near the Mahiga Creek in Barangay Subangdaku, Mandaue City.
CDN PHOTO/Miguel Ernest Ermac

About 28 houses located within the three-meter easement of Mahiga Creek at Sitio Mahayag, Barangay Subangdaku in Mandaue City were demolished yesterday morning, leaving settlers with few options at relocation.

The demolition carried out by Mandaue City Hall’s Housing and Urban Development Office (HUDO) came after the creek settlers disregarded the notice to vacate their homes.

The Mandaue City Legal Office sent the “Notice to Vacate” to the residents of Mahiga Creek last Sept. 9.

There was no resistance from the settlers. Manelfa Saniag, leader of the settlers, said they only received the notice recently.

She said they sent a letter to Mandaue City Mayor Gabriel “Luigi” Quisumbing asking for a meeting with him.

“Kami na kurat ky imbis storya, demolition ang among nadawat (We are shocked since instead of a dialogue, we were answered with a demolition),” Saniag said.

She said they refused the city government’s offer to relocate them to the 6.5-hectare social housing site.

“Pero kong danger zone ni among lugar mas dead zone tong didto sa Pakna-an tungod sa baha (But if we lived in a danger zone the place in Pakna-an is a dead zone due to the floods),” Saniag said.

The Mahiga Creek settlers built their shanties in esteros, riverbanks and waterways which are considered danger zones.

The settlers also refused to be relocated temporarily to the Cebu International Convention Center (CICC) site.

The area will reportedly be fenced to prevent the settlers from returning to the creek.