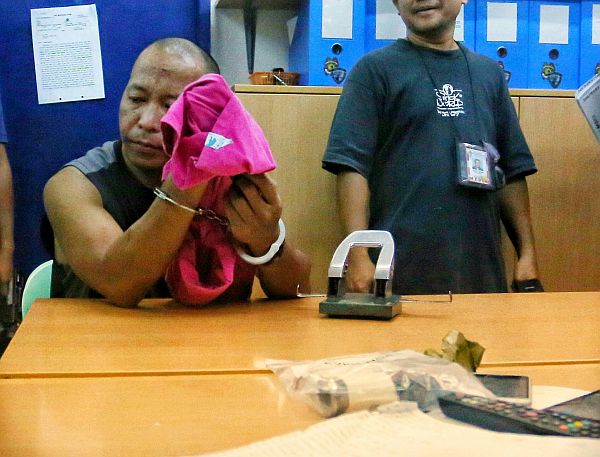 THE younger brother of Catmon Mayor Dan Jusay was arrested on charges of illegal possession of firearms at his home in Barangay Flores, Catmon town in northern Cebu at 5:45 a.m. yesterday.

Jover Jusay was arrested by Catmon police and the Cebu provincial police after being placed under a month-long surveillance.

Taken from his possession was one unlicensed and loaded .45 pistol.

Mercader, who was arrested also on charges of illegal firearms possession by police last Sept. 2, is linked to the illegal drug trade.

He was also a self-confessed hitman who claimed to have been contracted by politicians to kill at least 30 criminal suspects in Cebu City in 2004.
Yape said Jusay is suspected of being a user and a drug pusher in Catmon town.

Mayor Jusay said while he wanted to clear his brother’s name, he was surprised when his brother admitted to being a drug user two weeks ago.

Jover denied owning the pistol but admitted that he was a drug user.

He also denied being involved in illegal activities with Mercader, saying they were just friends.