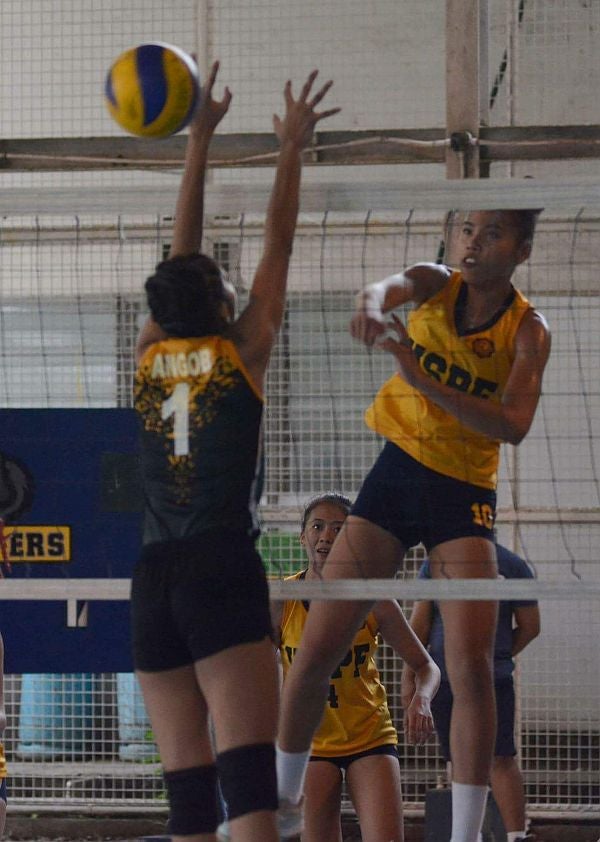 It may seem difficult for a perennial pushover to become a feisty contender in less than a year.

But for the University of Southern Philippines Foundation (USPF) girls volleyball team, what looked like an impossible feat has become a reality, all thanks to the brains of new head coach Yolanda Rizarri.

Ever since Rizarri took the coaching reins from Apple Saraum in December of 2016, everything just clicked for the erstwhile cellar-dwellers Baby Panthers as they wound up second in the 2016 Cesafi girls beach volleyball competition before settling for a third-place finish in the Shakey’s Girls’ Volleyball League last July.

It can be recalled that the Baby Panthers failed to make the playoffs last season after a disastrous 2-4 (win-loss) card in the indoor volleyball.

Rizarri believes that team effort was largely the reason for the team’s successful run this season. And she is hoping that her wards can carry that same attitude in the championship round.

“They themselves tried their very best. I’m speechless. There’s also Claire Anne (Manalili), my assistant coach, who continues to motivate the players. The players and the coaching staff worked together,” she added.

The Baby Panthers, who last won the title in the 2010 season, swept all their three semis assignments to end up at the top of the standings and set up a best-of-three finals series against the Southwestern University (SWU) – Phinma.

The best-of-three championship series between SWU and USPF will get going this Saturday at the University of San Carlos Main gym.

Although the Baby Panthers have defeated the Baby Cobras in their two assignments this season, Rizarri is still wary against SWU in the finals since it has dramatically increased their level of play in the playoffs from being a 4-2 squad in the eliminations to a 2-1 team in the semis.

“Hopefully, we can defeat them for the third and fourth time,” Rizarri said.

After almost a decade of heartbreaks, returning to the finals has surely repaired some wounds and now the Baby Panthers are looking to put a happy ending to their captivating story this season.