Late for work but first to finish line 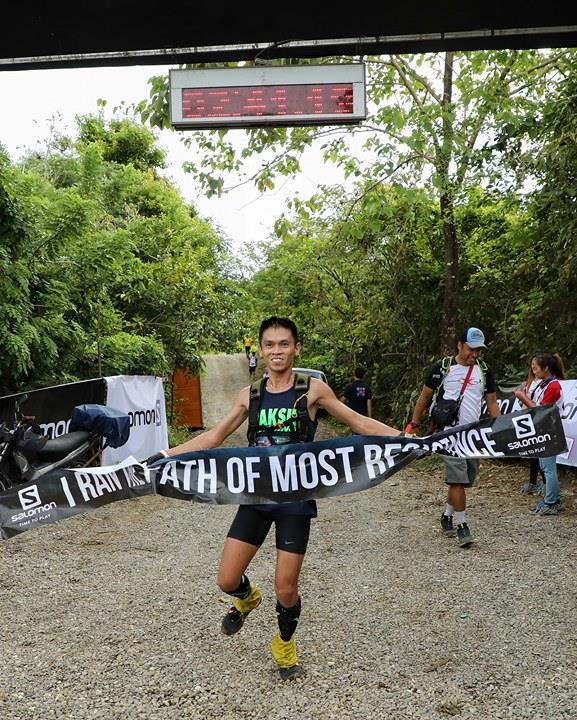 Most of the times, sacrifices have to be made in the quest to become a better athlete.

In the case of veteran marathoner Paul James Zafico, it is his job that usually takes the hit.

After winning the 21-kilometer race of the first Salomon XTrail Cebu leg yesterday at the newly opened Foressa Trails in Barangay Cansomoroy, Balamban town, west Cebu, the 31-year-old Zafico admitted he doesn’t sleep after his graveyard shift every day just to get the needed training to improve. This means his rest time is moved, which then leads to him being late for work the next day.

“I may be a very good runner, but I’m not a good employee,” Zafico said in jest. “I always arrive at the office late since I wake up late. This is because I train every day right after my work shifts. But it’s worth it because everything pays off just like what happened today when I won the race.”

Zafico finished the race in two hours, 41 minutes and 12 seconds to win the men’s title. Daisy Batac lorded the women’s race in 3:52.04.

The Cagayan de Oro city native Zafico said the victory gives him more motivation to aim higher as he is also set to compete in the 41st National Milo Marathon grand finals in Cebu City in December.

Batac, meanwhile, used her familiarity with trail running to her advantage and cruised to the women’s title.

“I only did power walks during the race and ran fast when there’s a downhill portion. I am very familiar with trail running because I’ve already joined a lot of races like this. Last year, I finished third in the 21k race Salomon XTrail in Bacolod,” said Batac.

The race was held together with the grand opening of the 250-hectare mountain outdoor destination and mountain real estate property of AboitizLand.

Jonel Borromeo of MotorAce Philippines said that the 17-kilometer bike trail is suitable for future races.

The bike trail is designed based on the standards of the International Mountain Bicycling Association (IMBA). / With reports from James Savellon

Read Next
Cebu triathletes make an impact in Ormoc Triathlon