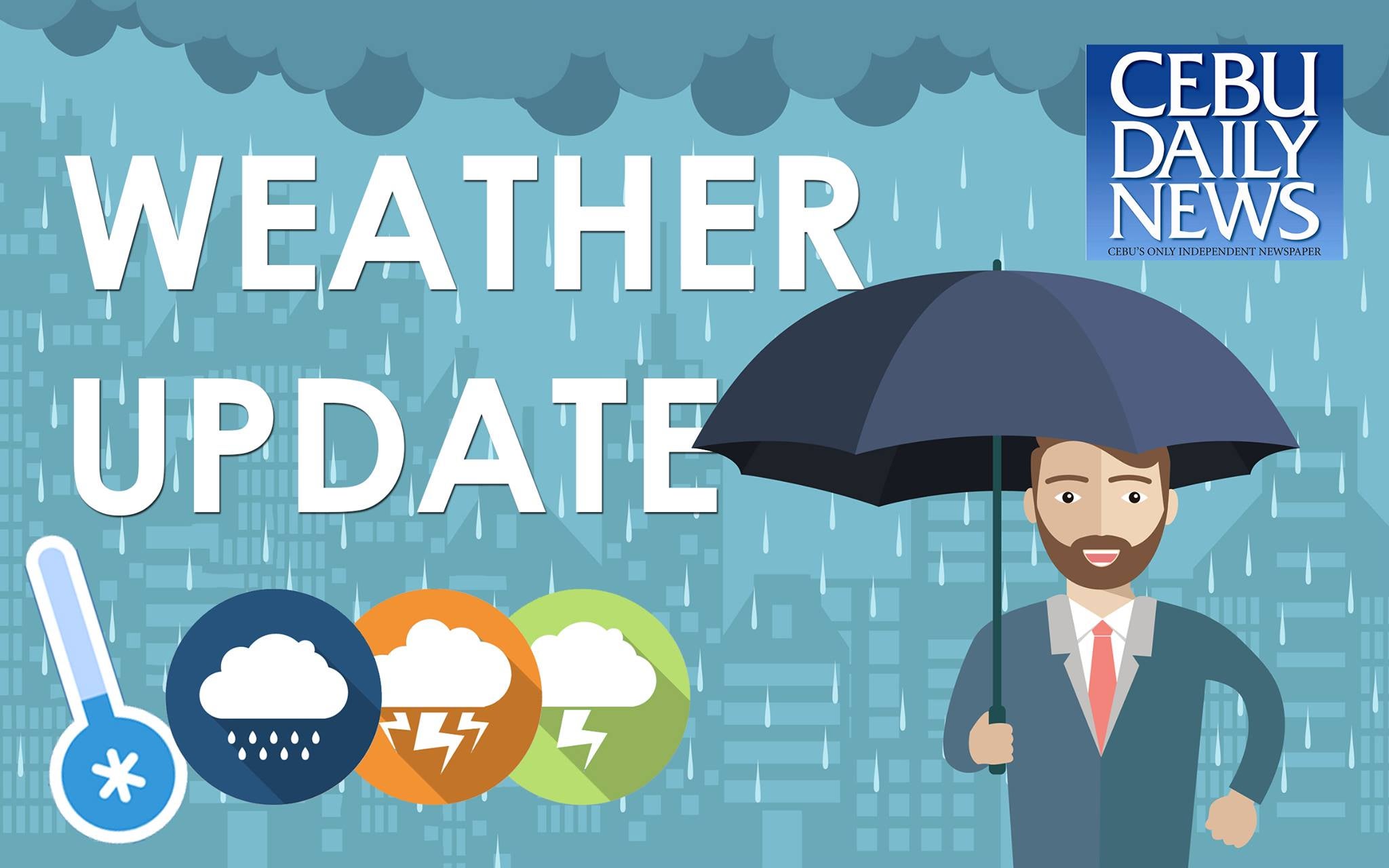 Don’t forget to bring your umbrellas.

The Philippine Atmospheric, Geophysical and Astronomical Services Administration (Pagasa) said cloudy skies and scattered rain showers will continue to affect Cebu province and the rest of the Visayas until Saturday.

Engineer Al Quiblat of Pagasa Mactan said that light to moderate raining is an indirect effect of “Paolo” (international name Lan) that has intensified into a tropical storm as it continued to move into the Philippine Sea on Tuesday.

Raining, Quiblat said, may cause flooding and soil erosion in parts of Cebu.

Quiblat said Cebu is expected to exceed its rainfall average of 199.9 millimeters for the month of October with the series of raining that is now experienced on the island.

Pagasa already recorded 111.2 millimeters of rain for the first 16 days of the month.

Moderate to strong winds blowing from the northeast to northwest will also make the island’s coastal waters to become moderate to rough.
Small fishing vessels are advised to avoid going out into sea.

Quiblat said Paolo is expected to intensify into a typhoon on Wednesday or Thursday even if there is very slim possibility that this would make a landfall before it leaves the country on Sunday.

“The rain clouds found outside the circulation of Paolo is bringing rains in Visayas and southern Luzon. Even if Paolo is not expected to make a landfall in the country, we are still indirectly affected,” said Quiblat.

Tropical storm Paolo entered the Philippine area of responsibility (PAR) at around 11 a.m. on Monday.

As of 4 p.m. on Tuesday, Paolo, which has a maximum wind of 90 kilometers per hour (kph) near its center and a gustiness of up to 115 kph, was estimated 655 kilometers east of Guiuan, Eastern Samar.

Quiblat said that a low pressure area (LPA) that is now located 396 kilometers west of Coron, Palawan, also threatens PAR. But the LPA is expected to dissipate within the next 24 to 36 hours.