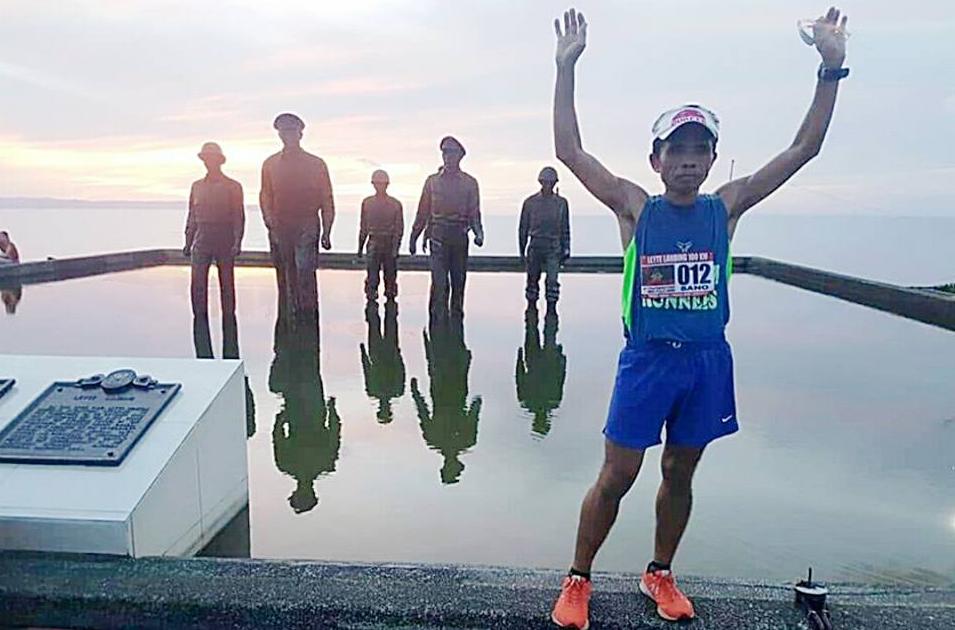 Desiderio Engbino raises his hands in front of the McArthur Landing Memorial after crossing the finish line first in the final leg of the Leyte Island Ultramarathon 2017.
CONTRIBUTED PHOTO.

THERE is no stopping Spectrum Runners Club’s Desiderio Engbino.

This after the runner nicknamed “Sano” swept the three-leg Leyte Island Ultramarathon 2017 with another victory yesterday in Leyte.

The 47-year-old Engbino, a native of Bohol, finished the grueling 101.10-kilometer distance of the third leg in 10 hours and 43 minutes to outrun 36 other competitors. The finish line was at the McArthur Landing Memorial National Park in Palo, Leyte.

The veteran runner from the vaunted Cebu-based Spectrum Runners Club won all three legs of the series. He topped the first leg in April, which was a 60k distance from Ormoc City to Baybay City. He won the 80k second leg last July from Maasin City to Agas-Agas.

The race was organized by Prince Multisport Events.