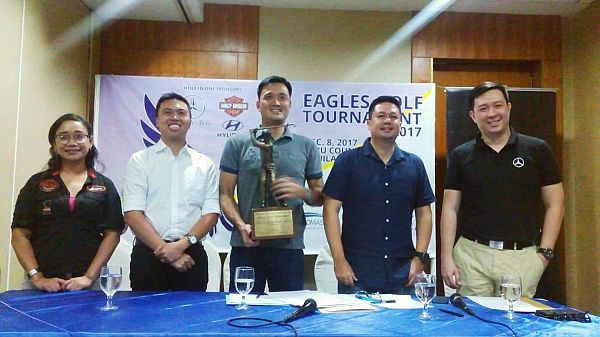 EXCITING prizes await golfers who can make a hole-in-one in the annual Eagles Golf Tournament of the Sacred Heart School- Alumni Association’s Batch 1992 on Dec. 8 at the Cebu Country Club .

Cars from Mercedes Benz and Hyundai and a Harley-Davidson motorcycle will be among the prizes to be given to golfers who can score a hole-in-one in the tournament held in line with the alumni grand homecoming of Batch 1992 on Dec. 29.

The tournament is expected to draw around 120 golfers.

The brand new Hyundai car will be given to whoever can score a hole-in-one in holes number three and two. The Mercedes Benz car is at stake for holes number five and 13 while a Harley-Davidson motorcycle awaits those who can make an ace in hole number 15.

“This tournament has always been considered as one of the biggest golf tournament in Cebu in terms of turn-out and as hosts for this edition, we want to make it more exciting,” Ong said.

Ong added that the golf tournament is for a good cause.

“It’s for the benefit of our charitable programs here in Cebu,” Ong said.

The SHS Alumni Association has an existing scholarship program for students taking up vocational courses in Cebu. It also has a medical missions and feeding programs in Barangay Canduman in Mandaue City.