Greco taken to clinic after slashing wrist with razor

Leodegreco “Greco” Sanchez, who is detained at the Cebu Provincial Detention and Rehabilitation Center (CPDRC) allegedly tried to take his life by slashing his wrist with a shaving blade. 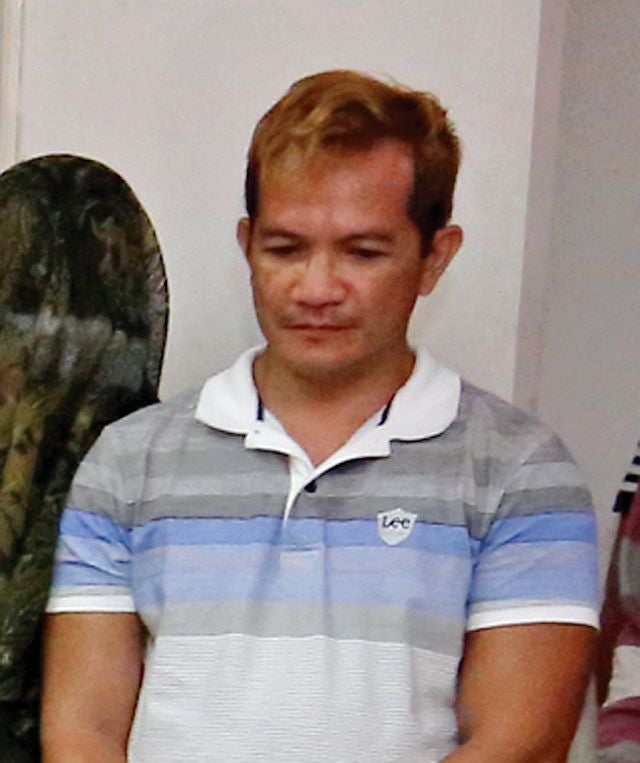 after reports that he was suffering from depression.
Greco’s sister, Gricelda “Gigi” Sanchez-Zaballero said, “This is a very unfortunate situation. But to me, an attempt to take a life with a (cheap) shave is another manipulation (from) a mind of a drug dependent and a vulnerable person.

She said Greco was trying to manipulate people into thinking that he needed sympathy and pity.

According to Zaballero, their family is familiar with these tactics to “get what he wants.”

“In the past, he has manipulated all of us in the family to get what he wants. And most of the time, we succumbed to these manipulations,” Zaballero said.

CPDRC deputy warden Audesti Miguel confirmed the incident but would not confirm whether it was indeed Greco who was involved.

Miguel, in a radio interview, said patrolling guards discovered the inmate, who later turned out to be Greco, in the act of slashing his wrist inside his cell last Tuesday night with a razor.

“(He) was confined in our infirmary last Tuesday night. The wound was self-inflicted but it was not life threatening. And early this morning, (he) was placed back inside his cell,” he explained to CDN in a separate interview.

Miguel added that health experts are now doing an evaluation on Greco to keep track of both his physical and mental health.

“I still hope and pray that he will come to realize that his family especially his five children will always be waiting for him to become a changed man,” said Zaballero.

He was also arrested in 2013 after law enforcers caught him and a friend, Edward Teves, allegedly using shabu in a house in Barangay Mabolo, Cebu City.

But after posting bail and committing to undergo rehabilitation at the state-owned drug rehabilitation facility at Argao town in southeastern Cebu for almost two years, he was released and claimed to be clean.

When the provincial prosecutor elevated the cases of illegal possession of firearms and drug paraphernalia to Branch 59 of the Regional Trial Court (RTC) of Toledo City, Greco was initially detained in Tuburan District Jail last August 4 while waiting for the trial.

But one month later, the court handling his case ordered his transfer to the provincial jail facility in Barangay Kalunasan, some 70 kilometers north of Toledo City.

The Bureau of Jail Management and Penology (BJMP) in Tuburan requested presiding Judge Hermes Montero to move Greco out of their facility due to overcrowding.

Meanwhile, Zaballero said Greco is not used to following rules and policies.

“My stand as a sister, is that he needs to follow the rules and policies set by the officers inside CPDRC. No one is above the law,” she explained.

A report on radio dyAB said some days before, Greco was in trouble with another high-profile inmate, Joavan Fernandez, whom he engaged in a fist fight.

Fernandez is the adopted son of former Talisay City mayor Socrates “Soc” Fernandez, and is serving more than 50 years in prison after the court found him guilty of illegal possession of an explosive and firearms and for mauling and illegally detaining two vulcanizing workers whom he suspected to have stolen the spare tires of his father.

Miguel did not say whether or not Sanchez and Fernandez got into a fight days before the suicide attempt happened.

Greco and Fernandez were placed in isolation last October 9 after jail guards caught them in possession of cell phones, which is considered contraband.

It prompted Cebu Gov. Hilario Davide III to suspend the visiting privileges of all 3,541 inmates in CPDRC. But he lifted it three days later.

This is not the first instance an inmate attempted to commit suicide within the jail facility. Since 2013, at least three detainees committed suicide, two of them were discovered to have attempted suicide several times before.

In 2013, Dionesio Madrid Jr., who was waiting for the trial of a rape case filed against him, hanged himself inside the male restroom. Madrid also attempted to kill himself by swallowing 16 tablets of antibiotics in one go but recovered.

Another inmate, identified as Teopanes Cabasag, hanged himself in 2015. Cabasag was also found to have tried to kill himself by drinking rat poison in 2013 but survived after he was brought to the hospital for treatment.

Hilton Reece Munro, an Australian national who was detained while waiting for trial for a qualified trafficking case, hanged himself while in isolation in 2015.

According to Miguel, there is no full-time psychologist or psychiatrist assigned at the CPDRC to monitor the mental well-being of the inmates.