‘I don’t trust the guy’ — Osmeña on Rupinta 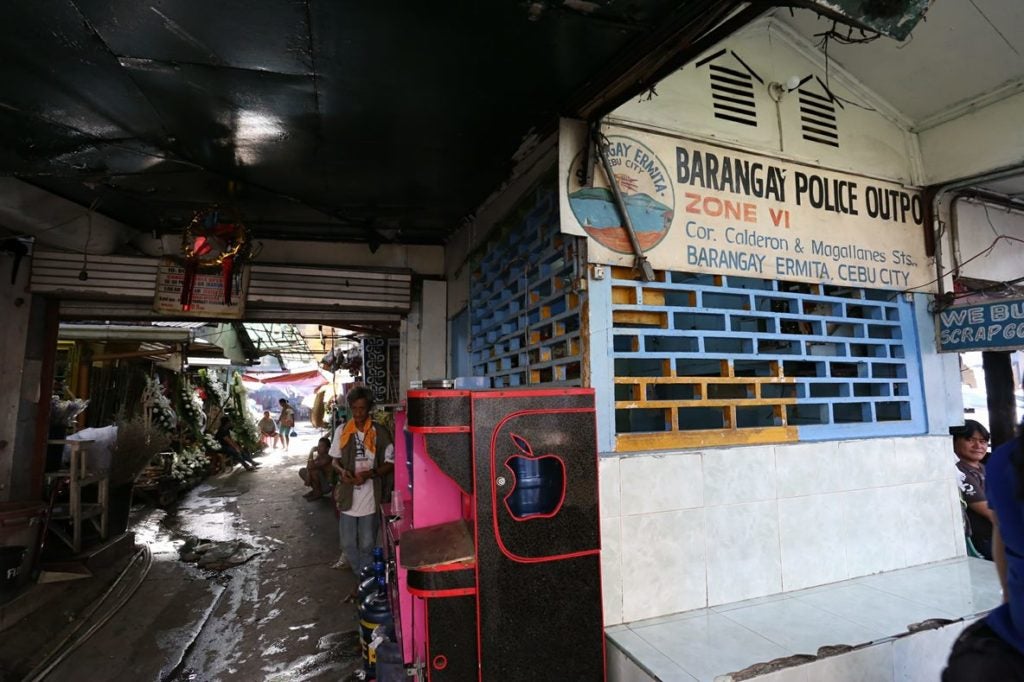 Several Barangay Ermita outposts such as this one will be demolished by City Hall as part of Mayor Tomas Osmeña’s efforts to take away the perceived power of barangay tanods over residents. Reports reaching the mayor said the tanods have been abusing their authority over Carbon Market vendors and other Ermita residents.
CDN PHOTO/JUNJIE MENDOZA

The demolition of outposts in Brgy. Ermita, Cebu City, will push through, said Mayor Tomas Osmeña, and even a personal talk with Ermita Barangay Captain Felicisimo “Imok” Rupinta will not change the mayor’s mind.

Osmeña told reporters that he was wary about Rupinta’s style of doing things as under Rupinta’s term as barangay captain, Cebu’s top drug lord Rowen “Yawa” Secretaria prospered in Ermita.

“He is a classic example of narco-politics,” claimed Osmeña.

The mayor further claimed that while tanods were in control of the barangay outposts, they have used their position to extort money from vendors.

Executing prisoners also became a normal phenomenon in Ermita, said the mayor, adding that the tanods have become a threat and not the solution to the problems in the area.

“The tanods are the enemy. We will not allow them to establish themselves and create that they’re in control of the area because they are not,” said Osmeña.

Cebu Daily News tried to reach Rupinta for comments last night, but efforts to reach the Ermita barangay captain failed as of 9:30 p.m.

Last Friday, only one outpost was taken down after Rupinta talked with Berido inside the zone eight outpost of Quezon Blvd. for almost an hour.

After the talk, Rupinta said he will meet with Osmeña on Monday to ask for reconsideration.

But Rupinta was a no show at City hall yesterday, Monday.