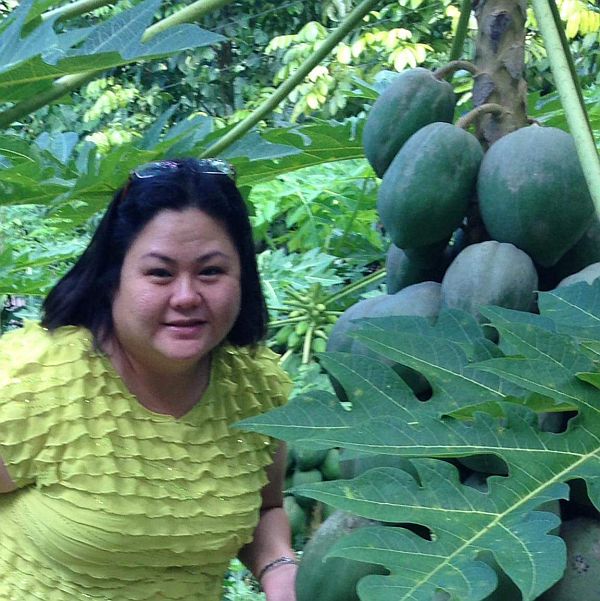 Venturing into organic farming has never been part of entrepreneur Gigi Uy’s itinerary in life.

It all started in 2014 when her husband underwent a medical operation, which prompted him to switch to a vegetable diet.

Her concern for her partner and inspired by a relative who planted vegetables in pots at home, the 45-year-old businesswoman decided to give backyard gardening a try.

“I started with kangkong (water spinach) and from there, my garden grew to accommodate different kinds of produce. It really is possible to plant at home,” she told Cebu Daily News.

She has since taken a foothold of the growing organic vegetable market after she penetrated some of Cebu’s large retail outlets.

And she has also brought her produce closer to her customers, with the opening of her first organic farmers market along Gov. M. Cuenco Avenue in Barangay Banilad, Cebu City.

The businesswoman lives in Cebu City but she visits her farm two to three times a week, saying that in agriculture, one has to be hands-on for a farming business to grow.

Among the vegetables planted at her farm are arugula, cabbage, eggplant and lettuce. God’s Grace also has different kinds of tomatoes such as the cherry tomato and the Japanese aiko tomato.

Other produce include papaya, pomegranate, as well as herbs like basil and rosemary.

God’s Grace Farm is the only organic farm in Cebu certified by the Negros Island Organic Certification Services (NICERT), which is something Uy takes great pride in.

Organic farming is an agricultural practice that involves the cultivation of plants and rearing of animals in natural ways, including the use of biological materials, avoiding synthetic substances to maintain soil fertility and ecological balance thereby minimizing pollution and wastage.

Simply put, this type of farming avoids the use of synthetic-based fertilizers and pesticides.

Her family owns an auto supply shop in downtown Cebu City, and although her elder sister had a green thumb, Uy had no idea what she was getting into at first.

With the help of the internet, she was able to do her research and eventually got to the point of even attending seminars on organic farming.

She began marketing her organic produce on Facebook, targeting friends who were health-conscious or were sick as well as children who had allergies.

With one reference after another, word about God’s Grace Farm’s organic products snowballed until she was able to penetrate one of Cebu’s homegrown retail stores.

In 2015, Gigi started developing her own large-scale farm after discovering bare land in Barili, a town 57.9 km from Cebu City.

“We started small, but the work ahead of us was really big,” she said.

What started out as a hobby at home turned out to be one of the things Uy is very passionate about today, the success of which she attributes to “God’s grace” alone.

Gigi admitted that organic farming, even farming per se, is not an easy venture, what with challenges in productivity brought about by climate change and the degradation of land.

Read Next
Exec cites need to prepare next generation for AI