Why Cebu can continue to attract more Asian visitors 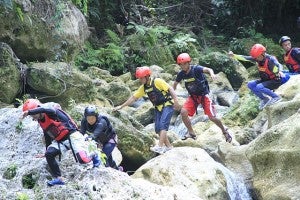 DESPITE similarities among countries in the Asean region, a local tourism stakeholder pointed out that the Philippines, particularly Cebu, can still draw more Asian visitors with its diverse and unique product offerings.

This comes as Central Visayas, which Cebu is at the center of, expects more tourists from the Indo-China and Asean markets with the opening of new flights between Mactan and Bangkok in Thailand next month.

“We belong to the Asean and we have similar features, but tourism in other countries in the region doesn’t offer so much adventure. In Cebu, we have whale shark watching, waterfalls and diving spots,” Alice Queblatin, president of the Cebu Association of Tour Operations Specialists (Catos), told reporters Tuesday on the sidelines of a networking activity between Central Visayas tourism players and Thailand-Vietnam travel agencies.

The activity was organized by national flag-carrier Philippine Airlines (PAL) and the Department of Central Visayas in Central Visayas (DOT-7) in a bid to sustain new flights between the region and other Asian destinations.

PAL is set to open a thrice weekly service between Cebu and Bangkok starting Dec. 2.

The airline earlier announced a non-stop direct flight from Cebu to Beijing to be launched this month.

Queblatin said that as they brace themselves for the influx of more tourists visiting Cebu, they are preparing a balanced mix of adventure, culture and heritage in their packages.

She said tourists from Thailand and Vietnam would prefer to go on adventures in the countryside as these are difficult to do where they are from.
These kinds of tourists, she said, don’t look for types of accommodation usually found in the city, so this will be a great opportunity for countryside players to take advantage of.

Queblatin stressed the need for players outside Metro Cebu to level up their services, particularly in the area of cleanliness. She added that it is also time to put up more clean rest rooms in tourist areas across the province.

She also said it is important to go beyond sightseeing and to allow tourists to experience Cebu for themselves.

“Instead of pointing at a carabao and telling them it is a carabao, we let them ride a carabao,” she said as an example.

Food is something Thai people love and an area which Cebu can definitely deliver in, Queblatin added.

She said they plan to tap weekend food market Sugbo Mercado to be part of their tour packages, giving visitors a glimpse of what it truly is like to be in Cebu, especially in the capital city.

In a statement, PAL said the flights will serve the Bangkok-Cebu-Bangkok route using their 152-seater Airbus A320 which offers Business and Economy service classes.

“Travelers from Thailand now gain a convenient direct link to ‘The Queen City of the South’ and can connect to any of the following domestic destinations PAL flies to from Cebu,” the airline said.

Queblatin said it is important to sustain both inbound and outbound traffic for the service in order to reap maximum gains.
“That is why we are having these networking activities. We really need to work together,” she said.

DOT-7 Director Joshur Judd Lanete II, in a speech, said the new flights are an early Christmas gift for Cebu.

Cebu is considered the second gateway of the Philippines after Manila and is one of the biggest contributors in terms of tourist arrivals.

“With new flights coming to Cebu as well as the new airport terminal opening in Mactan and the new airport in Bohol, we would like to expect more tourists coming from the Indo-China market,” he said.