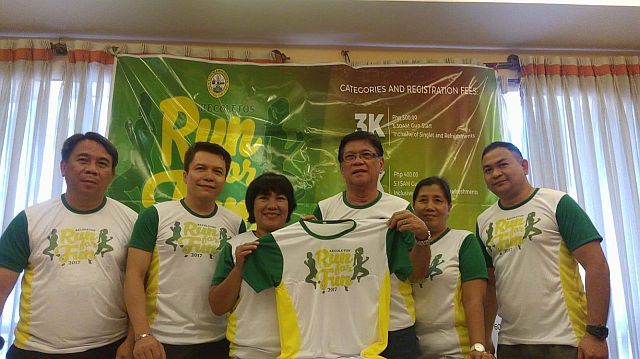 The fourth Recoletos Run: Run For Fun of the University of San Jose-Recoletos (USJ-R) Alumni Association will unfold this Saturday, starting and finishing at the Plaza Independencia in Cebu City.

The running event, which intends to help the alumni association’s scholarship program, will have three-kilometer, 6k and 12k distances.

In a press conference yesterday at the Vienna Kaffehaus , USJ-R Alumni Association president Paulino Tudlasan Jr. said they are aiming to add more scholars in their program as they currently have four who are fully supported by the alumni association.

“Our main purpose for this run is to support our scholars. Second is to give the students of USJ-R some break from their hectic academic life and to have fun,” said Tudlasan Jr.

The running event will give cash prizes to the winning runners in each distance. The running event was originally scheduled last September but due to some constraints on the organizer’s end, they decided to move it to Nov. 25.

The 3k and 6k distances are exclusive for USJ-R students, alumni members and faculty while the 12k is open to the public.

Registration fee is P300 for the 3k, P400 for the 6k and P500 for the 12k. Registration can be done at the USJ-R Alumni office at the main campus along Magallanes Street in Cebu City.

Gun start is at 5 a.m. The race will be handled by race director Joel Juarez of Coco Running.