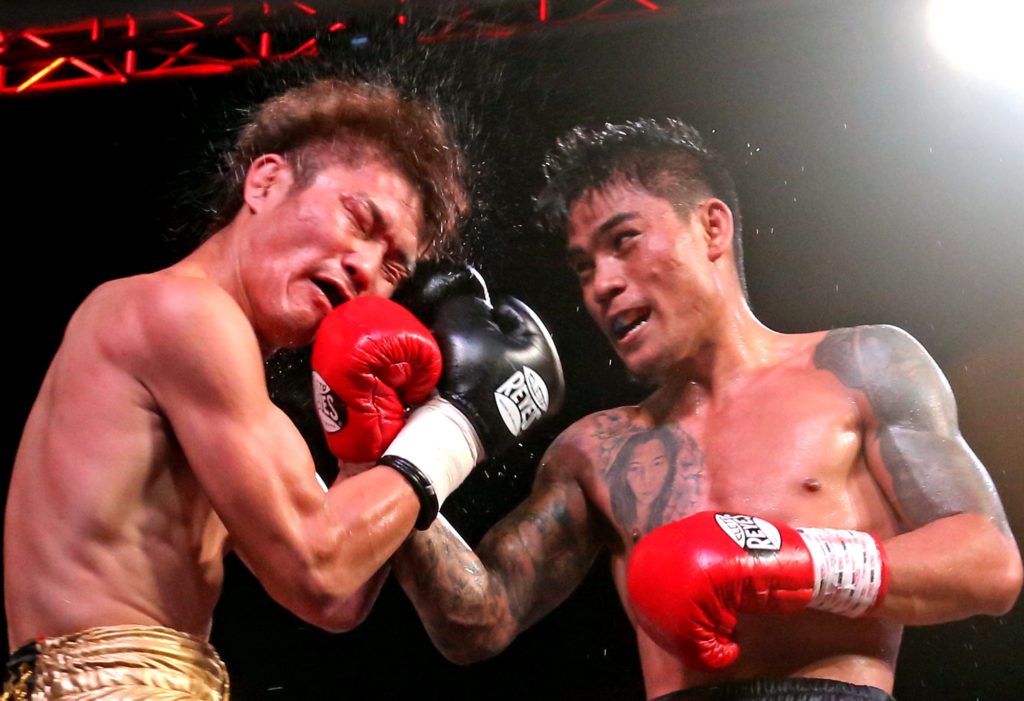 There’s no need to rush.

This is what ALA Promotions International CEO Michael Aldeguer said when asked if his prized ward, WBO international featherweight champion Mark “Magnifico” Magsayo, is indeed ready for a world title shot following a sensational unanimous decision victory against Japanese Shota Hayashi in Tagbilaran City, Bohol, last Saturday evening in the main event of Pinoy Pride 43: Battle in Bohol at the Bohol Wisdom gymnasium.
For Aldeguer, the 22-year-old Boholano knockout sensation must be given enough time to mature so he could be a more dangerous boxer.

“He needs more fights like this,” Aldeguer said. “There’s no need to rush. If you analyze it, the kid has had only 18 fights.”

Magsayo displayed superb boxing skills in front of his hometown by dominating the 12-round war. He walked away with a unanimous decision victory with all three judges scoring it 116-112 in his favor.

Magsayo is still unbeaten in 18 fights, with 13 wins by knockouts. The 30-year-old Hayashi suffered his seventh loss against 30 wins (18 knockouts) and one draw.

“He’s fighting in the 126-pound division, one of the best divisions out there. A lot of great fighters are in that division. I personally feel that Mark will be better if you give him more time,” Aldeguer said.

Hayashi proved to be a tough test for Magsayo, admitting it was the hardest fight of his career. It was his second bout that lasted the full 12 rounds.
“I can take his punches but he throws a lot of it. But I believe that I hurt him a lot of times. I was not looking for a knockout because I learned my mistakes when I got knocked down by (Cris) Avalos. I was very aggressive and wild at that time. I also learned that being overconfident can be bad for you,” said Magsayo.

His first bout that lasted 12-rounds was against Mexican Ramiro Robles last year in the United States. He also won by unanimous decision in his first defense of his WBO international featherweight title. 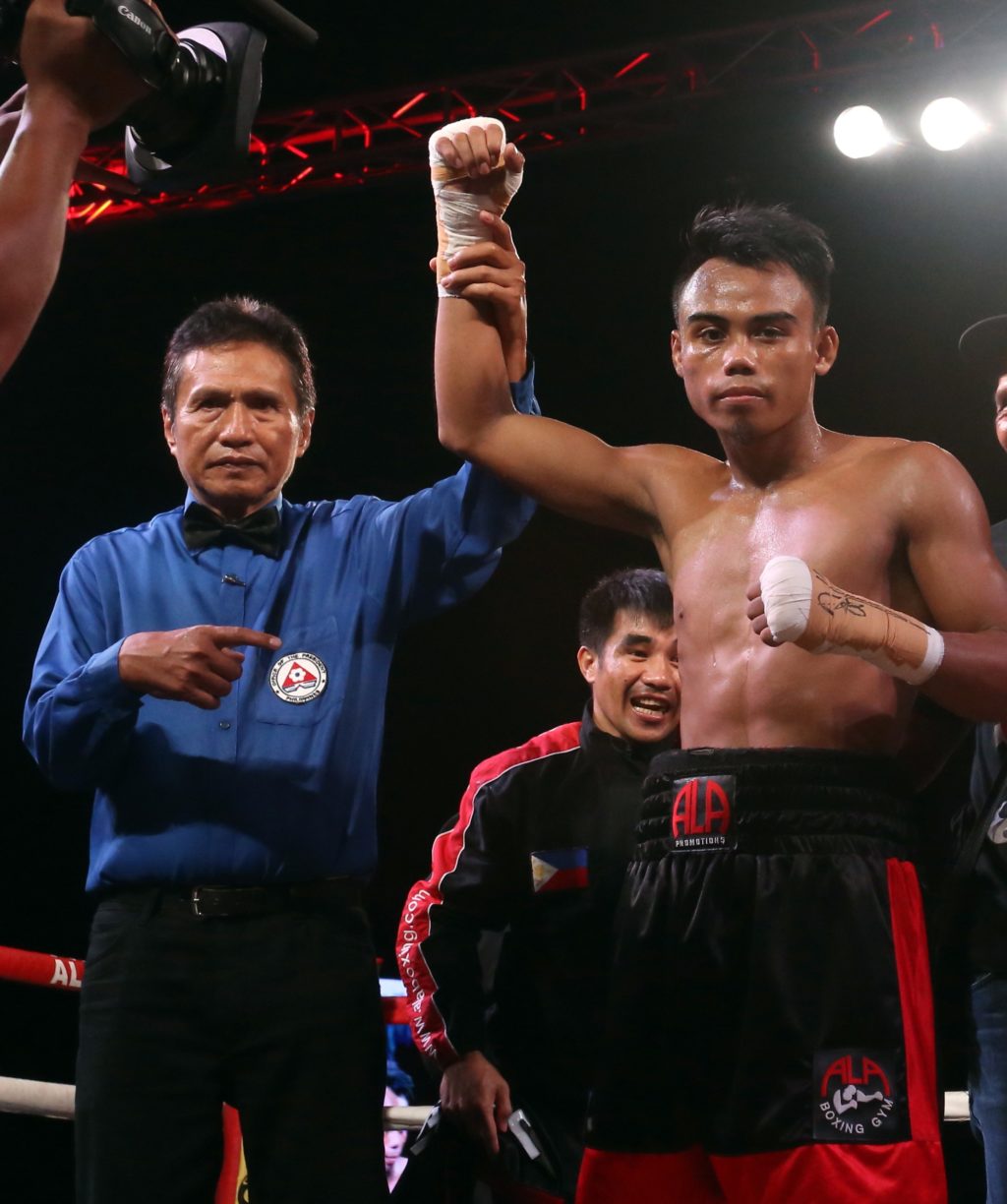 PINOY PRIDE 43 MAGSAYO IN BOHOL/NOV.25,2017:Referee Teddy Alivio raise the hands of Jeo ” Santino” Santisima after he knock out his opponent Kichang ” The Lion from Borneo” Kim of Sukadana Indonesia in 1st round of the Pinoy Pride 43 at Bohol Wisdom gymnasium Tagbilaran City Bohol.(CDN PHOTO/LITO TECSON)

Magsayo rose into fame by knocking out world title contender Cris Avalos of the USA in 2015.

“When you fight a Japanese veteran, you know that they will never let up. We knew it’s going to last for 12 rounds and end up in a decision because the guy really came here to fight. For me, Mark needed that kind of experience,” Aldeguer added.

When Aldeguer was asked about a WBO mandatory world title eliminator against current number one contender Joseph Diaz Jr., he said that they are willing to obey WBO’s orders. Aldeguer is planning to schedule Magsayo’s next bout on March.

“[We’ll] see if it’s an eliminator. If not, maybe we will look for bigger fights for him. There’s no need to rush. I want to make him a long-time world champion and a star.