Boxing promoter trying to get Pacquiao to fight in Mexico 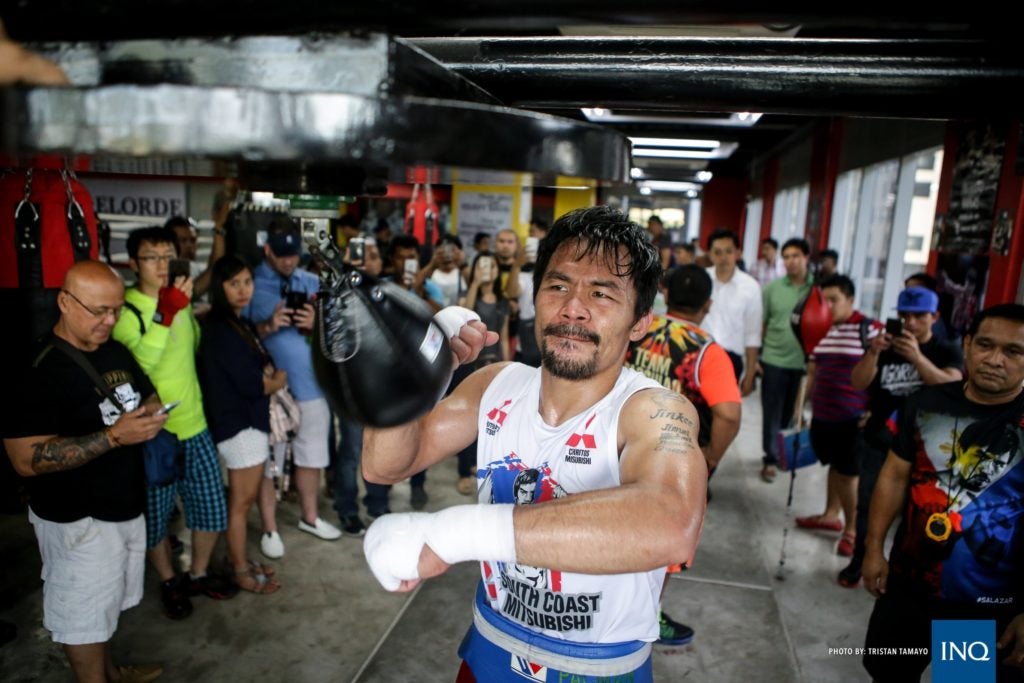 BOXING promoter Fernando Beltran is determined to get Manny Pacquiao to fight in Mexico.

Beltran, the CEO of Zanfer Promotions, one of the biggest boxing promotion companies in Mexico, is reportedly courting the Filipino boxing legend to fight in the Mexican capital on April 2018.

“I do not want to waste [the opportunity to get him to fight here]. I will fight until I secure him,” Beltran said in a report on boxingscene.com.

“We are in talks, nothing is certain, but we are making the attempt because Mexico deserves to see him.”

Pacquiao is no stranger to Mexican boxing fans, having fought some of the country’s biggest names in the sport.

The eight-division world champion squared off with Erik Morales in an epic trilogy and fought what had become his fiercest rival, Juan Manuel Marquez four times — one of which ended in a stunning knockout loss in 2012.

He also faced Marco Antonio Barrera twice and Antonio Margarito once, all of which ended in overwhelming victories for Pacquiao.