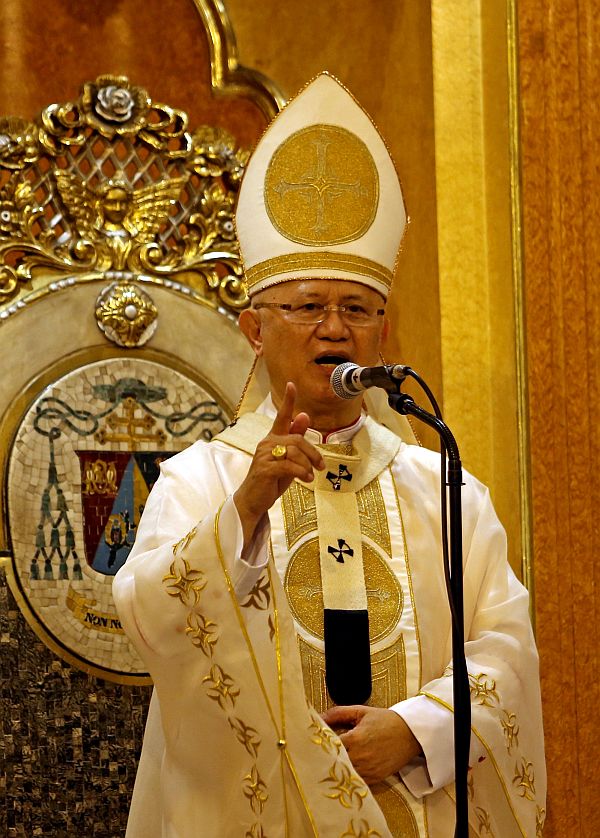 CEBU Archbishop Jose Palma has encouraged members of the clergy to go out from their comfort zones and reach out to the less fortunate people.

Palma said in press briefing on Dec. 28, that this would also be the direction for 2018 that he and the Cebu Archdiocese want, for priests to go out and explore with a mission to help and give attention to poor families.

The Cebu Archbishop, who continued to pray for the renewal of the clergymen, has coordinated with the CBCP to make this a reality.

He also encouraged the priests, who face a lot of challenges, to be open to criticism and change as they are in the mainstream of the Catholic Church.
“The clergy is facing a lot of challenges especially in responding to formation, life and ministry of the Church,” he added.

Despite this, Palma said he was happy to announce that the Archdiocese of Cebu had been implementing a good program for vocation campaign and support formation to clergies.

“We have a strong vocation program here in Cebu, especially in terms of number which becomes an asset to us,” he said.

He said that there were a lot of lay people, doing good to the church because of strong devotion and popular religiosity which is linked to the Cebu’s religious history.

“Some churches in some part of the world were empty, despite having the sacrament,” Palma added.

Aside from this, Palma also expressed concern on the attack against family and the community as an institution.

He was referring to the bill for the dissolution of marriage, which was sponsored to House Speaker Pantaleon Alvarez, at the House of Representatives in 2017.

He also cited poverty and migration which remained a problem for the family.

He said that the church would continue to make an effort for the community to live out in the basic ecclesiastical teachings.

Palma also quoted Mother Teresa during the briefing on how one could achieve peace.