Arci Muñoz packs on the PDA with non-showbiz bf 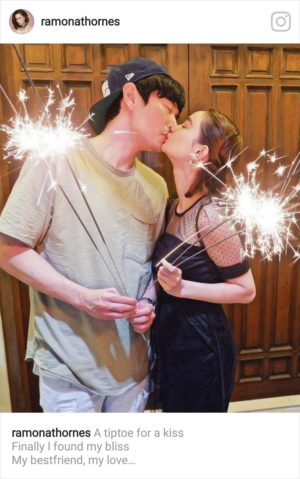 The couple celebrated Christmas together and Muñoz shared a family picture last week.

“Christmas is all about family. Thank you Lord God for the gift of family and love. Glad I was able to spend your birthday with
people who matters most to me,” she said.

Muñoz confirmed in July last year that she and Ng are dating.

Ng used to date Kapamilya star Erich Gonzales but the two broke up in 2015 after four years of being together.

Muñoz was in a relationship with Badi del Rosario and the two parted ways after three years of dating.