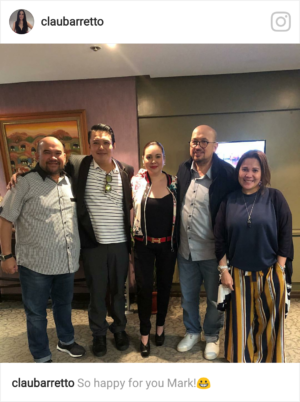 AFTER he was released from jail, actor Mark Anthony Fernandez was reunited with his former girlfriend The Optimum Star, Claudine
Barretto.

The photo had the caption: “Optimum Star @claubarretto and Mark Anthony Fernandez at the Viva Office.”

Barretto also shared a photo on her Instagram account during their reunion at Viva office and said, “So happy for you Mark!”

Fernandez, son of Alma Moreno and the late actor Rudy Fernandez was caught during a police checkpoint at Angeles City in October 2016 after he allegedly possessed a kilo of marijuana.

In December 2017, Fernandez was released from jail after his case was reportedly dismissed. Then came rumors that he allegedly impregnated two police officers.

Read Next
Dong has no intention to flee the country