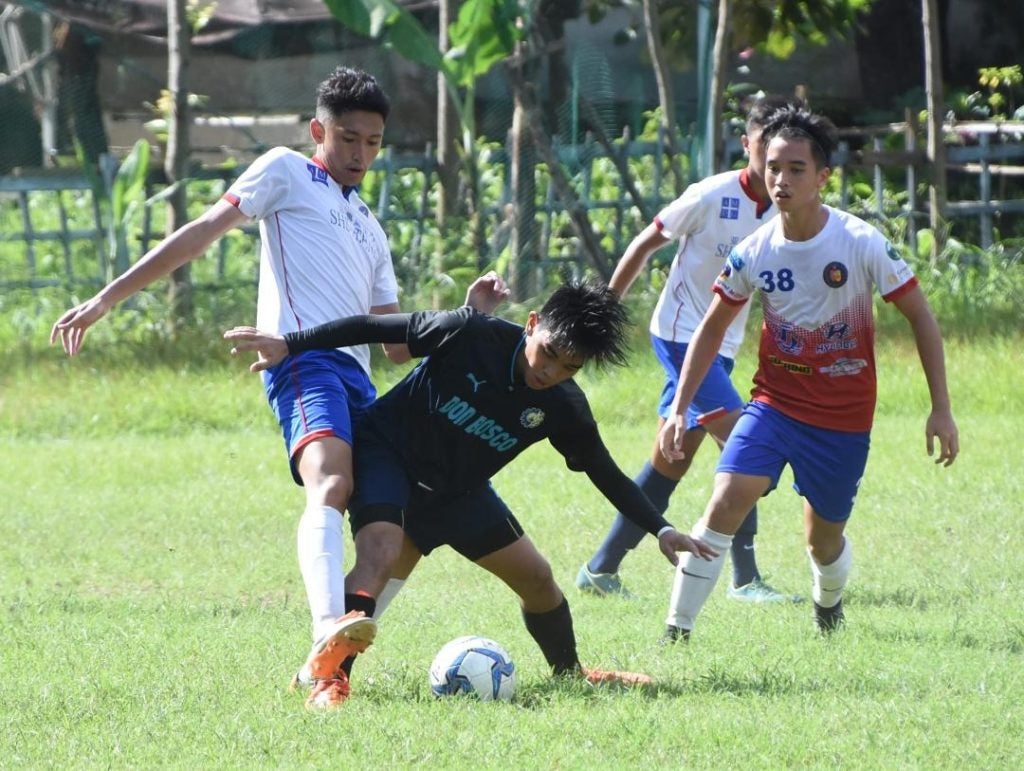 Ateneo’s Leo Maquiling broke the scoring ice with a goal in the 14th minute.

That however, proved to be his team’s only goal for the match.

A minute later, Don Bosco’s Tomas Ramos tied the count in the first of three conversions by the Greywolves in the match.

In the second half, John Clyde Vitulla of Don Bosco found the back of the net, giving Don Bosco a 2-1 edge. Then in the 60th minute, Vitulla penned the final score with another goal.

Titans’ Gianpaolo Pastrana added another goal in the eighth followed Patrick Ganas who scored on the 11th. Bright Academy’s Tagashi scored again ending the first half with a 3-2 score.

In the second half, Ganas scored his second goal in the 68th minute sealing the win, 4-2.

Meanwhile, Don Bosco Boys’ Home triumphed over Don Bosco B, 2-0 on goals by Jonrey Delibios in the 32nd minute and Ruel Pilande’s conversion in the 33rd minute mark.

Still in the U-18 quarterfinals, Pomeroy won against Pope John via forfeiture.

In the semifinals scheduled on Jan. 27, Don Bosco’s team A will battle the Springdale Titans and Pomeroy will square off with the Don Bosco Boys’ Home.