Singapore risks destroying past in race to build: top archaeologist 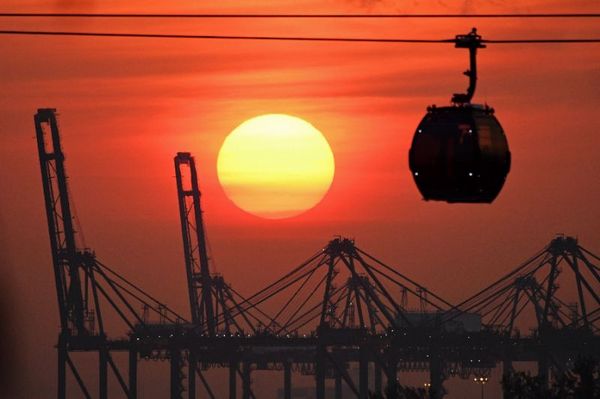 Construction work has been near ceaseless in recent years as the financial hub rapidly expands, and archaeologist Lim Chen Sian fears relics that could unlock the secrets of pre-colonial Singapore will be lost forever in the building rush. /AFP

Singapore – Singapore faces a race against time to save its past, according to its top archaeologist, who warns relentless development in the land-scarce city-state comes at a heavy price.

Construction work has been near ceaseless in recent years as the financial hub rapidly expands, and archaeologist Lim Chen Sian fears relics that could unlock the secrets of pre-colonial Singapore will be lost forever in the building rush.

“Pre-colonial arrival, there’s almost zero (written history) about Singapore,” the 42-year-old says, adding that the little that is known has often been pieced together from items found in excavations.

He is determined to counter the prevailing idea that little existed before Sir Stamford Raffles arrived in the 19th century and established it as a key trade route for the British Empire.

Lim says artifacts from previous digs indicate that in fact a thriving port settlement existed from the 14th to the mid-17th century that was at times caught in a power struggle between the Javanese Majapahit Empire to the south and the emerging Thai kingdom of Ayutthaya to the north.

There is also evidence of strong trading links with China, dating back more than 700 years, including coins and Imperial porcelain.

“What happened to pre-modern Singapore? That’s one thing that only archeology can answer,” he insists adding that it is a way for the city to find “lost memories”.

But he concedes it is an uphill battle to safeguard such buried treasures in a city-state just half the size of London and is concerned the rush to build a futuristic metropolis could scupper chances to find out more about its pre-colonial past.