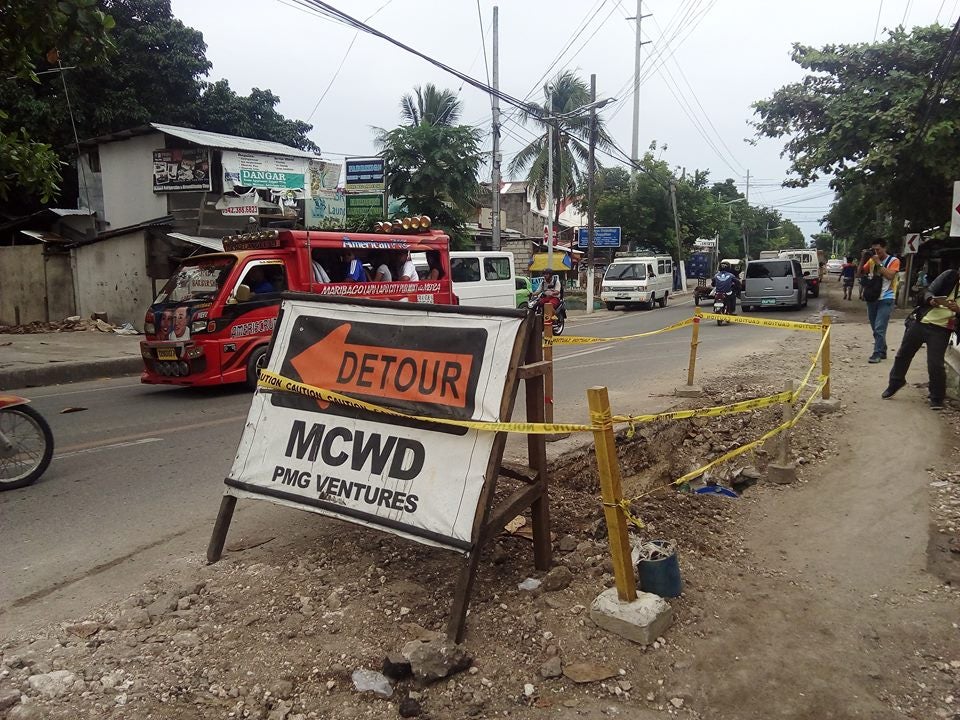 The city government previously made a request to speed up their work, but the mayor is not satisfied on how MCWD treated the matter.

Due to heavy traffic caused by the project, Radaza said that the residents of Barangays Pusok, Ibo, Buaya and Mactan have suffered enough, especially during peak hours.

Barangay Mactan will also be celebrating their fiesta next week, and the mayor anticipates that the traffic situation will worsen if the concern is not addressed.

“Siguro naa ra na sila sa ilang lamesa unya wa’y kalibutan unsay nahitabo sa lugar (Maybe they are just sitting at their tables who are totally unaware on what is happening in the area),” the mayor said.

Radaza further said that the contractor commenced the excavation of a portion of the road in Barangay Mactan without securing a permit from her office.

The mayor also considered the impounding of the contractor’s heavy equipment that are left overnight along the road.

MCWD spokesperson Charmaine Kara told Cebu Daily News that they already reminded their contractor to speed up their work and to temporarily make the subject road passable.

The contractor has until August this year to complete the project.

Read Next
20 on 20th: CDN in the eyes of 20 sports personalities