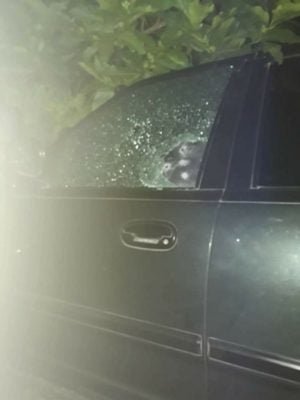 The driver’s side of the pickup truck of Remegio Oyao is riddled with bullet holes after unknown gunmen ambushed him.

Remegio “Bo” Oyao was immediately brought to the Mactan Doctors’ Hospital in Lapu-Lapu City. According to Chief Insp. Juan Capacio of Station IV of the Lapu-Lapu City Police Office (LLCPO), Oyao died at the hospital.

As he slowed down because of traffic, the motorcycle-riding men went alongside of his vehicle and rained bullets, hitting Oyao several times on his body.

His assailants calmly drove off after the shooting.

Oyao is one of the controversial Oyao brothers who were earlier linked to illegal drugs.

In September 2016, his brother Washington “Inday” Oyao was also shot and killed by unknown gunmen in Sitio Malinao, Barangay Agus.

Bo Oyao himself was also earlier implicated in drugs, but his cases were reportedly dismissed.

Read Next
Language, cultural training for OFWs as pre-deployment requirement