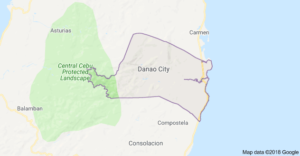 According to Supt. Jaima Quincho, chief of Danao City Police, Roble was doing something outside his house when Lander suddenly shot him twice.

Roble was immediately rushed to the hospital but was declared dead on arrival by attending physicians.

Quincho said that they are looking into personal grudge as the possible motive behind the victim’s death.

Danao City Police is now cooperating with the local barangay officials for the possible voluntary surrender of the suspect.

Rama to CPA: Collection of parking fees at Compania Maritima is ‘stupid’