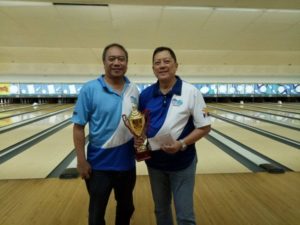 Ronan Barredo settled for third after garnering 1,259 pinfalls. Terrence Williams’ 1,238 pinfalls gave him the fourth place while finishing at fifth was Fred Torrequemada who got 1,233 pinfalls.