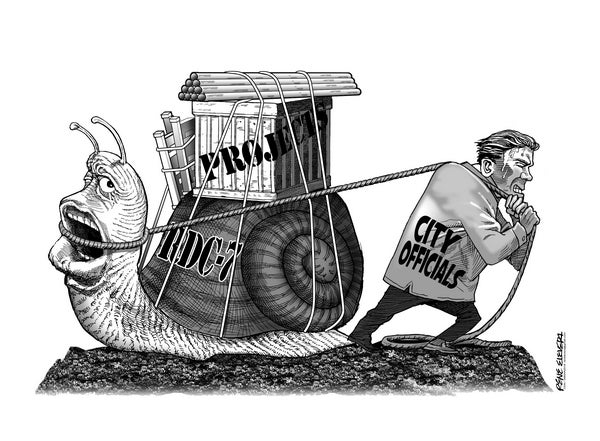 When bureaucrats and elected officials argue over which projects should get implemented or not, it’s not them but the public whom they were supposed to serve that suffers the most from the fallout of their oftentimes unnecessary and unwelcome feud.

Such is the case between Cebu City officials and the Regional Development Council (RDC-7) over the P16 billion worth of underpass projects that are to be endorsed for implementation to the Department of Public Works and Highways (DPWH).

The root of the dispute stems over the necessity and the process by which these projects get reviewed and implemented.

For the Cebu City officials, it’s all about deciding which project they deem necessary for implementation and then deciding unilaterally to pursue it.

For the RDC, it’s supposed to be about following procedure and determining whether or not the project is needed or something better should be implemented in its place.

Lost in the feud are such factors as influence and speculations unwarranted or not about who stands to benefit from these projects.

The public had long been leery about big-ticket projects endorsed by elected officials especially lawmakers who are supposedly benefiting from them as can be seen in the Napoles case involving formerly influential legislators.

That is not to say that the RDC is free from influences despite their proclamations that it is apolitical.

There were accusations, justified or not, by Cebu City Mayor Tomas Osmeña that the council is being influenced by Presidential Assistant for the Visayas Michael Dino, with whom he has crossed swords with over the Bus Rapid Transit (BRT) project.

That said, it remains to be seen how fractious and polarizing this feud between Cebu City Hall and the RDC will be and to whom will President Rodrigo Duterte, who is the final arbiter on all projects to be implemented, will eventually listen to.

Which is quite unfortunate and terribly ill-timed as any disapproval or rejection of projects at the RDC level will set back efforts to ease the traffic congestion in favor of initiatives that will entail more time for study and prolong the agony of a public that is in need of concrete solutions to the problem that won’t go away anytime soon.

While elected officials can be voted out of office due to corruption or incompetence — though in this country it’s difficult to do so — we wonder whether appointed officials such as those in the RDC or any agency like the DPWH share or even feel that sense of accountability since they are answerable only to the President and not the public.

In declaring themselves as independent and “not a rubber stamp” council, we hope the RDC isn’t allowing itself to be drawn into a feud between rival interests to the detriment of Cebu City and Metro Cebu residents who have had enough of power plays and want results, not influence-peddling.