Showbiz couples: Make the most of Holy Week break

WITH their busy schedules, some celebrity couples have made it a point to spend their Holy Week break together.  Thus, netizens were treated to several social media posts of some of their favorite showbiz couples. 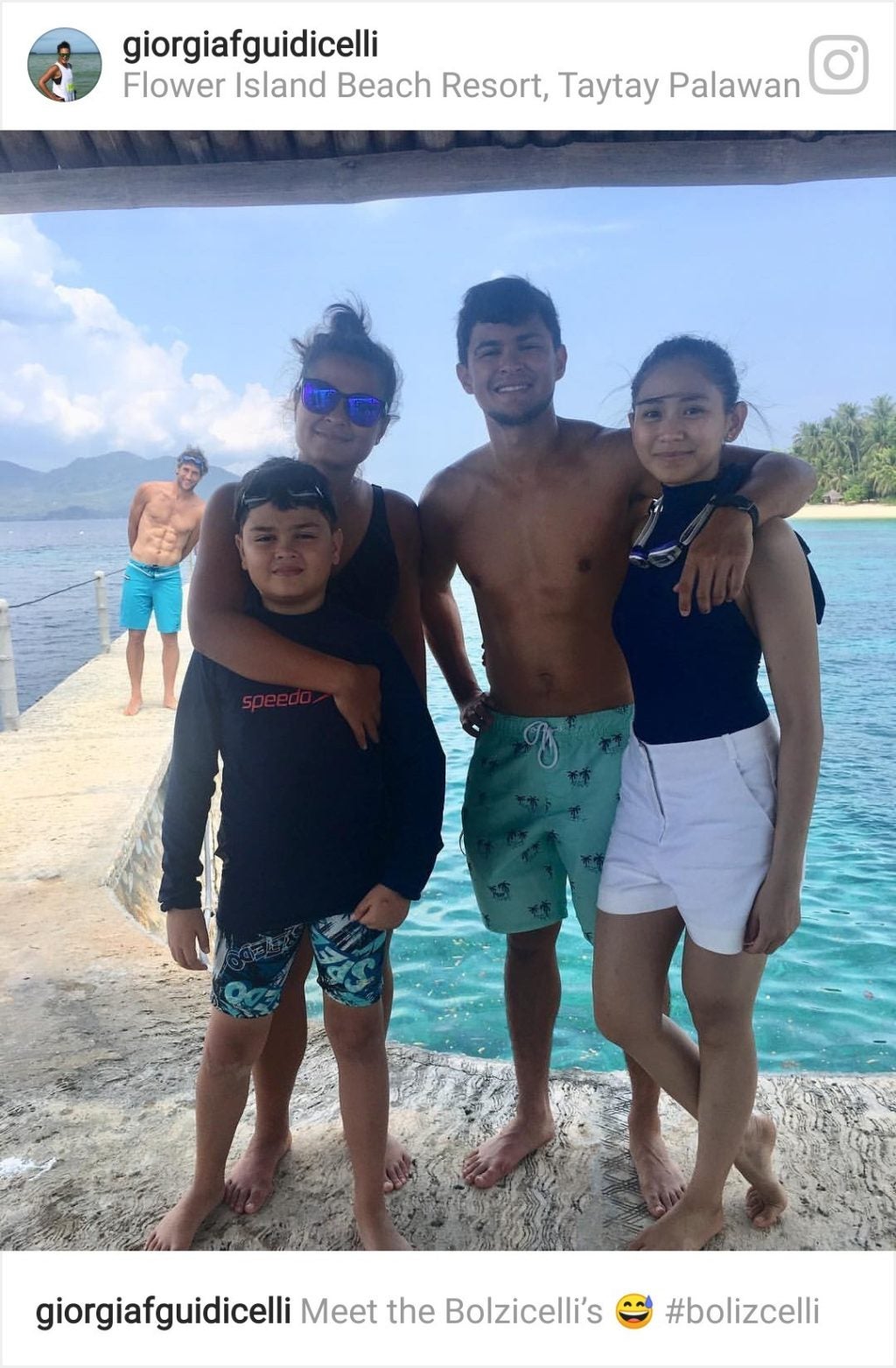 On top of the list are Sarah Geronimo and Matteo Guidicelli who spent Holy Week together in Taytay, Palawan, together with Guidicelli’s parents and family members, including designer Mia Arcenas-Branellec with husband Jacques Branellec and Nico Bolzico.

The group stayed in Flower Island Beach Resort in the town of Taytay where most of their photos and videos were taken and shared by their companions.

Fans of Geronimo and Matteo created the witty hashtag #TravelAshMattAsYouCan, which immediately trended on Twitter.

On Friday night, netizens had a field day viewing clips of Geronimo and Guidicelli in what seemed like an impromptu mini-concert. The couple, who have been together for four years, sang duets such as “The Prayer,” and “Bakit Ngayon Ka Lang?”

Jacques, in an Instagram post, earlier shared a photo of Geronimo and Guidicelli holding hands and being teased by Bolzico.

Bolzico who was in between of the celebrity couple tried to kiss Guidicelli.

“This is not what I was expecting,” Jacques captioned his photo.

The same photo was shared in the Instagram story of Solenn Huessaff, the wife of Bolzico, who was not able to join the trip. 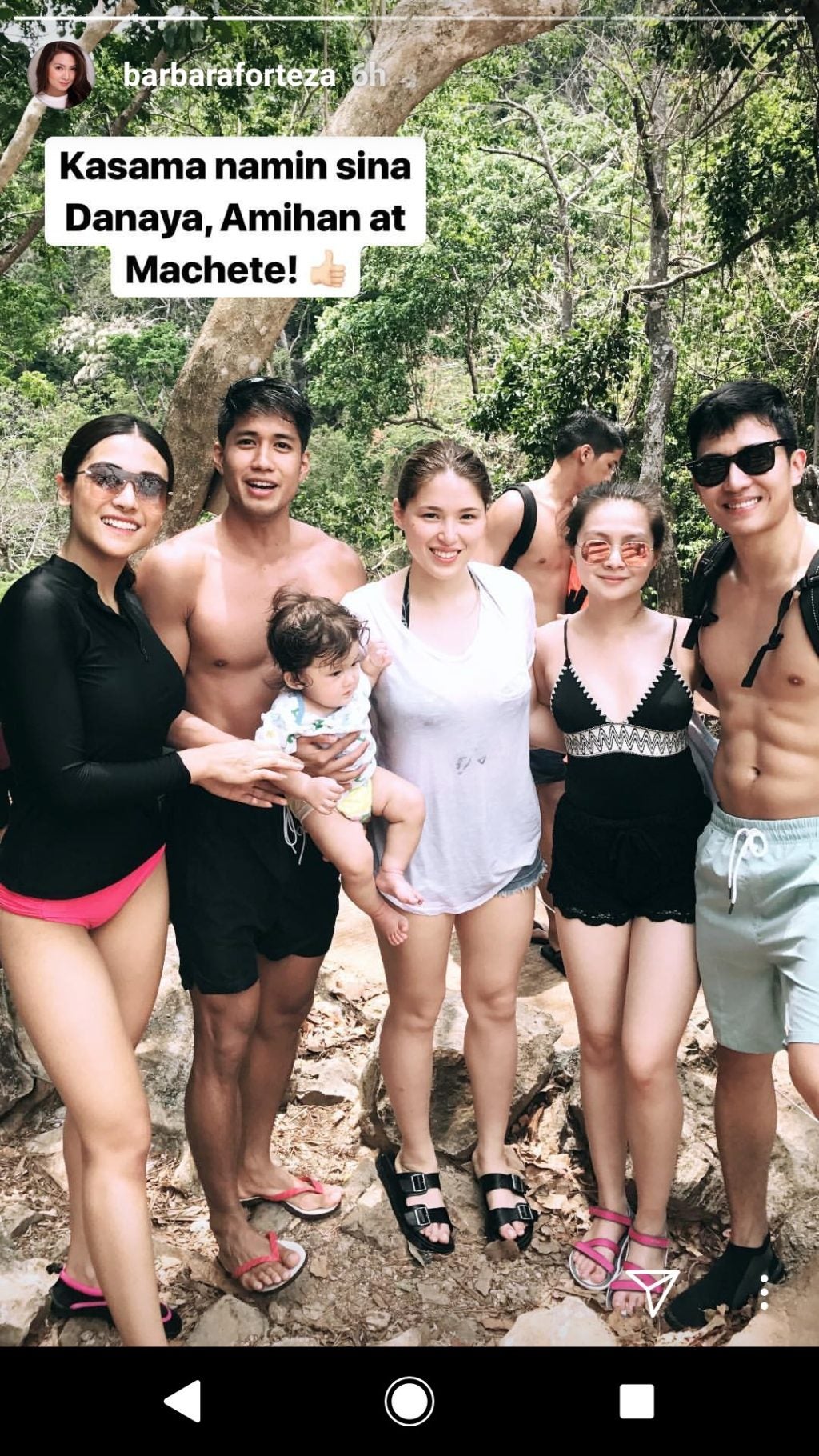 Kapuso stars Jak Roberto and Barbie Forteza, JakBie to their fans, enjoyed Coron, Palawan with their respective parents and Roberto’s sister, Sanya Lopez and Forteza shared photos on her Instagram of their Coron trip. Her first photo was taken at Kayangan Lake as background. The same photo was shared by Kapuso actor on his Instagram account.

Forteza’s next photo was of her and Roberto, taken at Waling-Waling Island in Coron, Palawan.
“Day 2,” Forteza said. She also shared photos on her Instagram stories, like of them having breakfast together and a stolen shot with Lopez at
Waling-Waling Island.

Fans speculate that the relationship of Roberto and Forteza blossomed when they starred in last year’s GMA primetime  series, “Meant To Be.”

Kylie and Aljur in Coron

Another couple that spent Holy Week on vacation were Aljur Abrenica and Kylie Padilla, who went to the top tourist
destination together with their firstborn, Alas Joaquin and Abrenica’s family, including his younger brother, Vin and his girlfriend, actress Sophia Albert.

One of the photos she shared while she and Abrenica were sitting at the tip of the motorbanca.

Another photo she shared was of Abrenica carrying baby Alas.

“From sudden trips to the hospital to the little singalongs on tour boats plus having a baby on board all our island hopping adventures. This trip will be one to remember,” she said.

Abrenica and Padilla rekindled their relationship in 2016 after they broke up in 2014. They got engaged since last year.

“You, Me and The Sea. @Nadine snorkelling and hubby @james taking the pic. Enjoy Phuket love birds,” the caption read.
Reid also posted Instagram stories of their vacation.

As the couple enjoy their break, their latest film, “Never Not Love You” under Viva Films was released on Black Saturday. 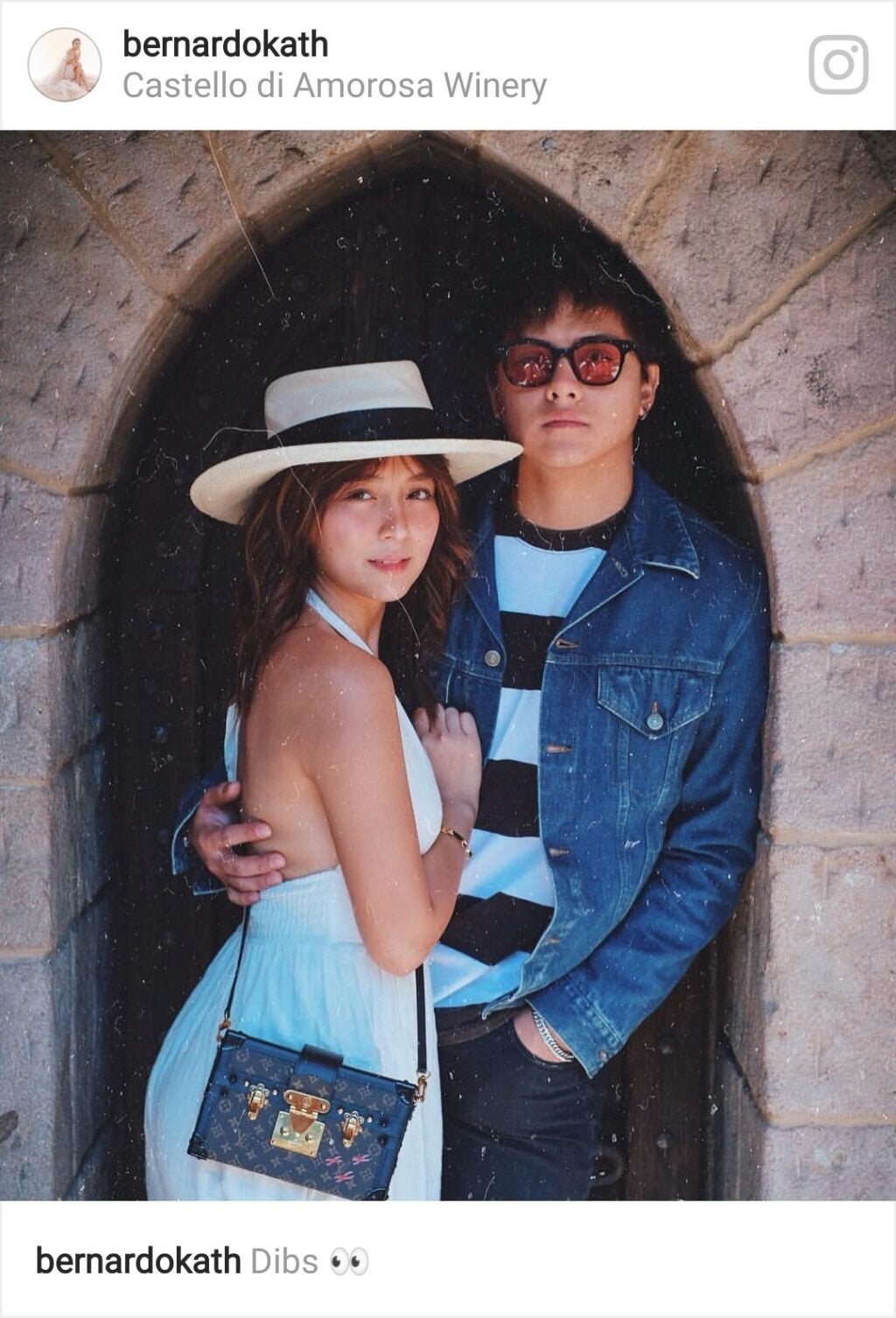 KathNiel in the US

After their One Magical Night 2018 US Tour, Teen Queen Kathryn Bernardo and Teen King Daniel Padilla stayed in America to spend Holy Week together.

Bernardo posted photos and a series of Instagram posts of their vacation. They visited Napa Valley in California, which is famous for its wine tours.

The Teen Queen captioned her photo with: “Off to our next adventure.”

She also posted a photo inside the Castello di Amorosa Winery with the caption: “Wine Wednesday.”

Other photos shared by the Teen Queen on her Instagram were taken in Golden Gate Bridge in California and Las Vegas, Nevada. KathNiel’s most recent TV series was “La Luna Sangre” which also starred by Angel Locsin and Richard Gutierrez. 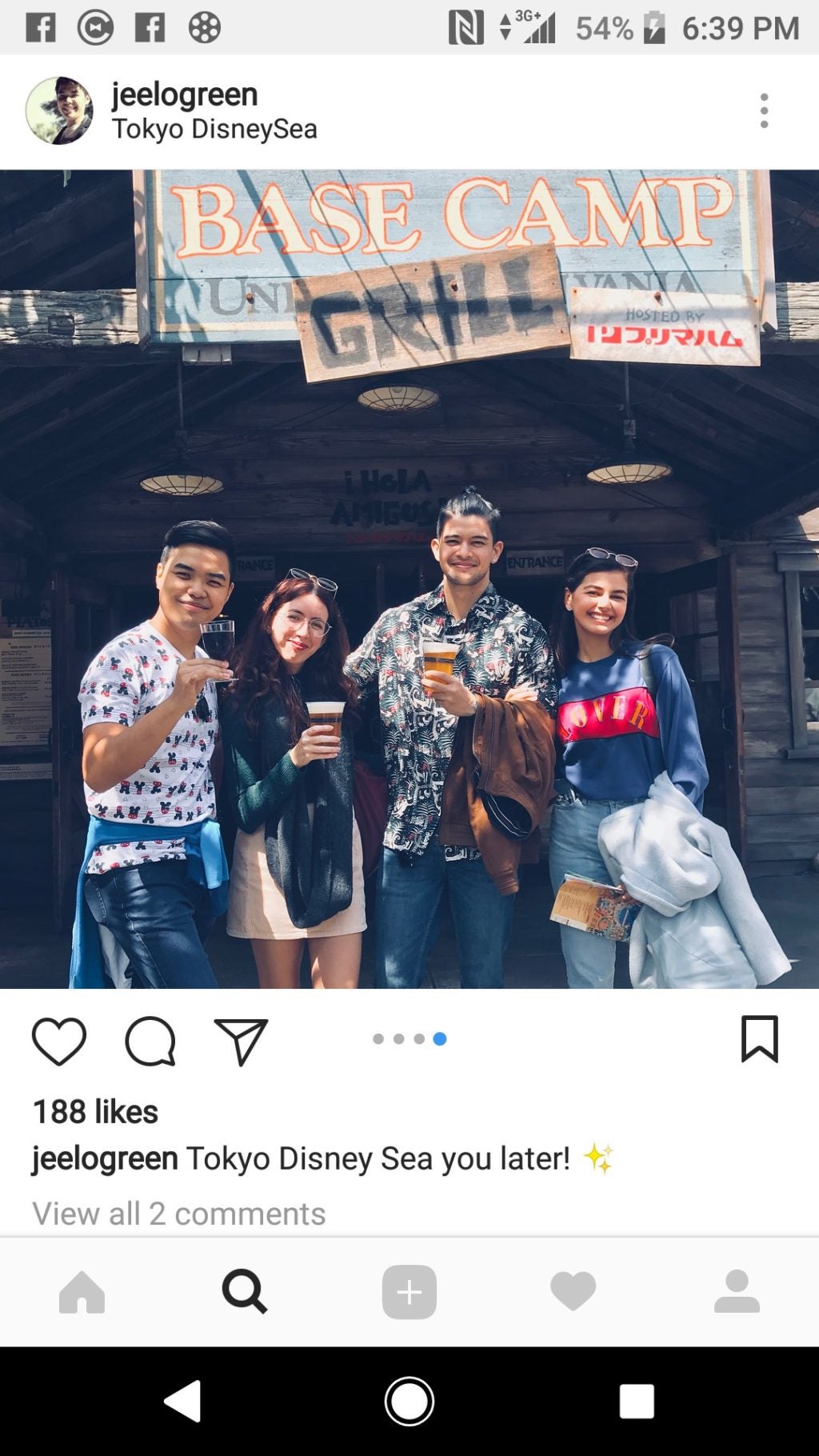 Although they did not post photos of them together on their social media accounts, Gutierrez and her sister, Jessica were seen in Cruz’s Instagram stories. Their separate posts also reveal that they were in similar places in Tokyo.

The Kapuso actress shared a photo with Mickey Mouse on her Instagram taken at Tokyo Disney Sea.

A photo taken on the same spot with Mickey Mouse was also shared by Cruz on his Instagram.

Another photo of Gutierrez also showed when she posted a photo with cherry blossoms in Chidorigafuchi, Tokyo, Japan.

“Timing is everything,” she said.

Cruz also had a photo with the cherry blossoms in Tokyo and captioned it, “Under the shade.”