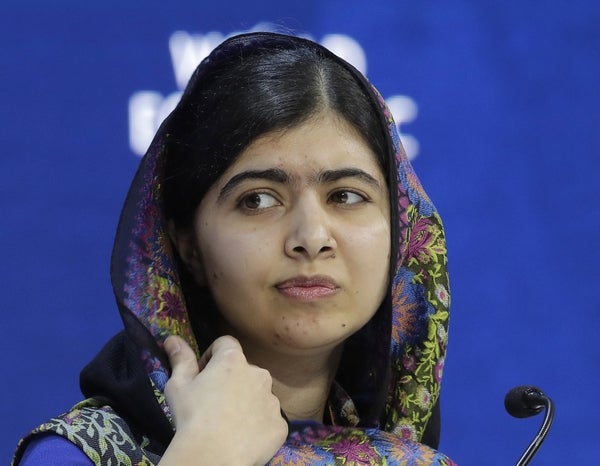 Pakistan’s Nobel Peace Prize winner Malala Yousafzai has entered her home in the northwestern town of Mingora in the Swat Valley the first time since 2012.

That was the year the Taliban attacked the then-14-year-old for advocating for girls’ education.

Her father Ziauddin Yousafzai consoled the teary eyed 20-year-old Saturday morning upon her arrival at the home.

The Pakistan army provided Yousafzai a helicopter, which took her to Mingora from Islamabad, where she arrived before dawn Thursday, flanked by heavy security. She plans to return to Britain on Monday.

Yousafzai won international renown after she was shot by the Taliban in Mingora. She received initial treatment in Pakistan and later was taken to England where she continued her education and went on to win the 2014 Nobel Peace Prize.

Read Next
COULD BE BETTER