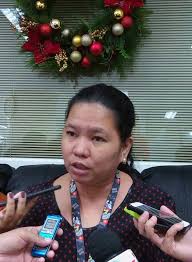 CLOSE to 200 families who lost their homes to a March 14 demolition in Sitio Tangke, Barangay Mambling, Cebu City have expressed willingness to already avail of the city’s relocation site offer.

But first, they wanted the 2,000 square meter lot in Barangay Quiot developed to make it habitable.

Janny Anter, one of the demolition victims and head of the Panaghugpong sa mga Kabus nga Taga Dakbayan – Cebu Chapter, said the relocation site remains to be a barren piece of land located on a “steep” portion of Quiot in the southern part of the city.

The place also lacks electrical connections and an access road, he added.

The Regional Trial Court (RTC) in Cebu City issued a demolition order in 2016 directing families occupying 168 structures built close to the waters of Barangay Mambaling to vacate or face eviction.

The implementation of the demolition order was delayed for two years after Mayor Osmeña repeatedly asked the court to give affected families enough time to find a relocation site.

The eviction notice was finally implemented on March 15, 2018.

Since then, most of the affected families set up tents located close to their demolished homes, which they now occupy.

Others are now either staying with relatives or have started to rent houses that are also located in Barangay Mambaling.

Anter said that they have been staying in the area since the 1940s. Their dwellings were then built on water which they slowly reclaimed on their own.

Genevieve Alcoseba, operations head of the Division for the Welfare of the Urban Poor (DWUP), said that they are now coordinating with the Visayan Electric Company (Veco) for the installation of electrical connections at the Quiot relocation site.

Alcoseba also corrected Anter’s description that the area is steep and dangerous for occupancy.

“Dili man ta pwede mopalit ug steep. Usa na nato gipalit nga property gikuhaan man pud na ug topography survey daan sa iyang habitability kung dili ba siya danger zone (We are prohibited from buying (properties located in) steep (areas). We subjected the property to a topography survey prior to its purchase to determine its habitability and make sure that this is not located on a danger zone),” Alcoseba said.

Alcoseba said they are also in the process of asking the City Council to allocate funds to aid victims of the Sitio Tangke demolition.

A separate allocation is also needed to develop the Quiot relocation site and provide the amenities that the demolition victims need.

Since the area is big enough to accommodate 400 to 500 structures, Alocoseba said, they will also be offering this as a relocation site for other urban poor families that will be displaced by waterways projects proposed by the Department of Public Works and Highways in Central Visayas (DPWH-7).