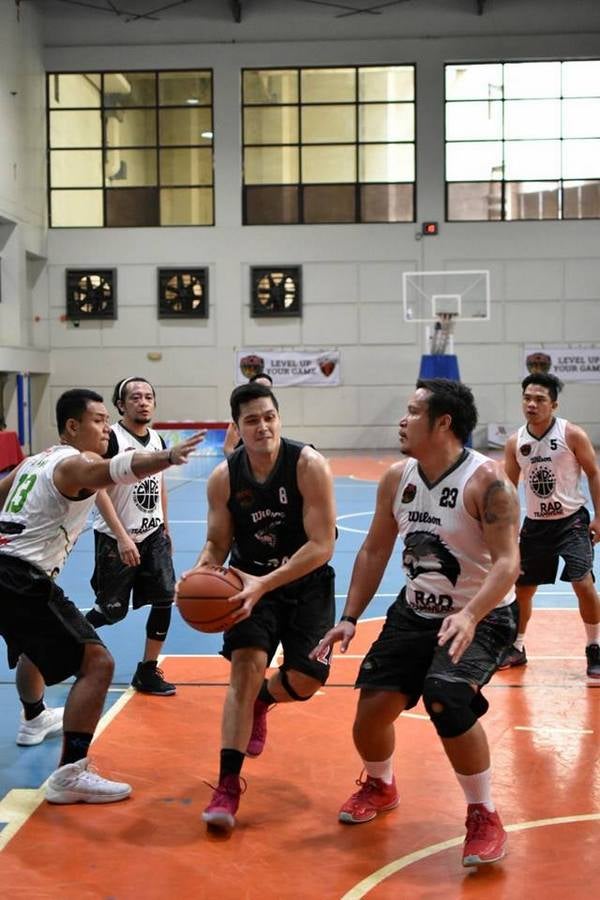 The Cobras’ Jose Acha barrels down the lane to challenge the Bulls’ defense.

VERSATILE forward Jose Acha proved to be an unstoppable offensive force as he carried the Cobras past the Bulls, 107-97 in the Tanduay Athletics x Metro Cebu Basketball League – CWBC last Sunday at the City Sports Club-Cebu basketball court.

Acha was the Cobras’ most venomous player as he piled up 31 points to carry them to their third win in four games.

The Bears led by as many as 23 points, surrendered their lead but fortunately got their second wind in crunch time to pull off the win and keep their clean 4-0 (win-loss) mark.

Former University of the Visayas ace big man Edrian Lao also had 23 points to lead the Tigers over the Wolves, 68-64, for their third victory in four tries.

RC Espinosa, meanwhile, fired in 30 points in the Piranhas’ 71-65 win over the Pandas. Espinosa’s offensive explosion was timely as it handed the Piranhas their first win of the tournament.