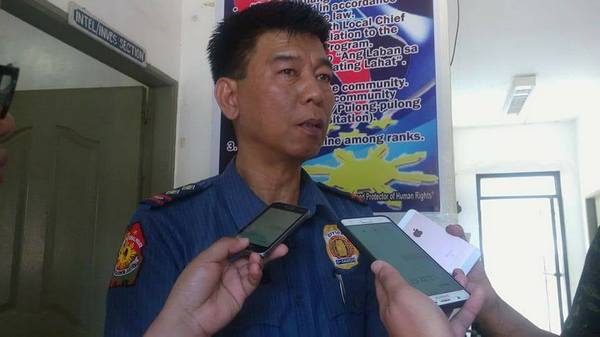 Cebu City Mayor Tomas Osmeña urged the Department of Education (DepEd) to immediately terminate the services of a Cebu City public school teacher who was accused of making sexual advances on a 14-year-old athlete during the Palarong Pambansa in Vigan, Ilocos Sur.

“We owe the parents who entrust their children to us. DECS (DepEd) should really get rid of this teacher immediately. Transfer them to Tawi-Tawi or Marawi,” said Osmeña.

Osmeña said that although abuses against minors have been very rampant, tolerating culprits of abuses, especially involving children, should not be part of the option.

Rodymar Lelis, 28, a Special Education (SPED) teacher at the Zapatera Integrated School in Cebu City, was arrested on Tuesday evening after he was reported by a 14-year-old male athlete from Region 3 for allegedly making sexual advances towards the minor.

Lelis who flew alone to Vigan to witness the 61st Palarong Pambansa was put behind bars at the Caoayan Municipal Police Station after the parents of the minor lodged a formal complaint against him.

According to the testimony of the victim, he was molested by Lelis in Caoayan town, which served as one of the venues of the sports meet, on the evening of April 17.

In his statement in the police spot report, the victim said that Lelis kissed his neck and shoulder and forcibly hugged him inside a comfort room at the venue.

He added that the suspect offered him money to have sex with him.

The victim, who is from Olongapo City and a participant of the dancesport event, ran to his coach and parents to seek for help.

Senior Insp. Frederico Artates, chief of Caoayan Police, said they received the complaint of the parents at around 8 p.m. and immediately looked for the offender.

Artates said that they received information that Lelis was still at the playing venue for dancesport at the NSCC center so they went there right away to arrest the suspect.

A 15-year-old boy, who claimed that he was in the same comfort room where Lelis allegedly molested the 14 year old athlete, also came out to testify that Lelis made sexual advances on the victim.

“The parents and the coaches of the victim came here to report about a member of the LGBTQ that allegedly molested him by forcibly hugging him and kissing him in the neck and shoulder and even offered him money to have sex with him. We went on to search for the suspect and arrested him,” Artates told the media on Wednesday.

Artates said that the closed-circuit television (CCTV) installed near the area confirmed that Lelis was inside the comfort room with the victim.

“Upon reviewing the CCTV footage we saw how the suspect molested the victim inside the comfort room,” said Artates.

Artates added that before the incident happened Lelis and the victim had taken pictures together at the venue after the dancesports performance of the victim.

Lelis denied all of the allegations against him. But he declined to issue a statement to the media and immediately proceeded to his inquest proceedings held at the Vigan City Prosecutor’s Office on Wednesday.

DepEd Director in Central Visayas Dr. Juliet Jeruta immediately clarified that Lelis was not part of the Region 7 delegation to the week-long sports meet and that he was only in Vigan as a mere spectator.

Jeruta said that Lelis can be stripped of his teacher’s license and face other legal consequences for his actions.

“He is not part of the delegation, neither as a coach or a chaperon. He just came here to watch Palarong Pambansa. We did not even let him stay at our billeting quarters because we are running out of space,” said Jeruta.

She added that they cannot help Lelis on this matter.

Lelis is facing raps for Acts of Lasciviousness in relation to Republic Act 7610, otherwise known as the Anti-Chiild Abuse Law. He was detained at the Caoayan Municipal Police Station.

Read Next
Just sleeping, not missing