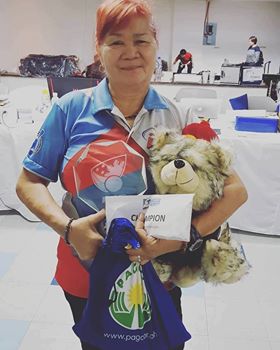 Padawan finished the eight-game series with 1,527 pinfalls to emerge champion in the prestigious event event that is sanctioned by the Asian Bowling Federation and World Bowling and sponsored by the Philippine Olympic Committee and the Philippine Sports Commission.