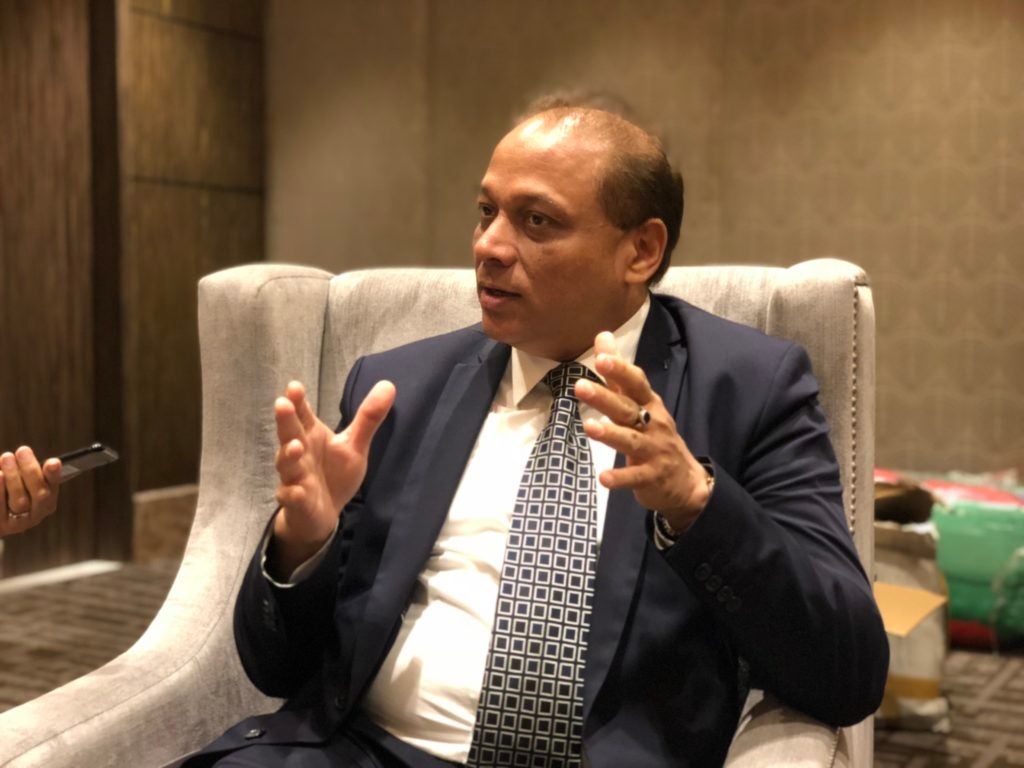 Avinash Vashistha,chairman and CEO of Tholons Inc.,discusses the ways that Cebu City can get back in the Tholons’ top 10 list of “super cities” for outsourcing. Vashistha was one of the guests of Wednesday’s Transformation Summit in Cebu City. CDN PHOTO/Jose Santino S. Bunachita

Business leaders and companies in the Information Technology-Business Process Management (IT-BPM) sector are encouraged to develop digital skills and talent, and digital services to keep up with the global demand for these kinds of talents, skills and services.

Avinash Vashistha, chairman and CEO of Tholons Inc., during Wednesday’s Transformation Summit, cited this kind of upskilling and re-skilling of Cebu’s information technology and business process management workforce to enable them to capture the growing number of jobs borne out of digital advancement worldwide.

“At least 260 million jobs will be augmented by technology. The need for technology-enabled BPM and IT jobs is significant. Globally, there’s a demand for digital skills and talent, and digital services,” he said in his speech.

Being one of the top destinations for outsourcing globally, countries like India and the Philippines are encouraged to tap into this expected surge of technology-augmented employment.

Vashistha said there are 1.2 million people in the IT-BPM industry in the Philippines. In India, there are 3.2 million.

Majority of these jobs will be focused on higher-value skills that include robotics process automation (RPA), data analytics, and mobile app testing.

Instead of worrying about the jobs to be lost due to digital disruptions like artificial intelligence (AI) and robotics, Vashistha said industries should focus instead on the job opportunities that are generated due to these technological advancements.

According to Vashistha, they are projecting a total of US$2.8 trillion spending on the IT-BPM industry globally.

Of the amount, IT services constitutes 30 percent while BPM is at 8 percent. Other sectors benefiting from this increased spending are hardware (45 percent), and packaged software (18 percent).

To recall, in last year’s Tholons Services Globalization Index (TSGI), Cebu City slipped to 12th place from eighth in 2016 in the ranking of “super cities” for outsourcing in the world.

Despite this, Vashistha said that Cebu could still regain its position in the top ten.

He said for one, business catalyst is one of Cebu’s strengths.

“Business catalyst is very good. That also demonstrates the support that the city government has given, which has attracted a lot of companies to come in. The city has been pretty welcoming to businesses,” he said.

Among the criteria that Cebu City can improve on though, he said, is in terms of producing more talent and improving infrastructure.
The 2018 edition of the TSGI will be released next month, June.

Vashistha, who arrived in Cebu last Monday, said he was able to look around the city including the South Road Properties (SRP).

He said he has also met and talked with Cebu City Mayor Tomas Osmeña who presented his plans for the SRP including the establishment of a 60-hectare Call Center City in the area.

“It’s a great area although it will take some time to develop. But in the next two to three years, it can become an area to attract more investors. We require infrastructure like that. IT Park and the (Cebu) Business Park are good, but we need more than that,” he said.

“Curiously, it’s not because of the city’s industries’ deterioration but more due to the added index category on innovation, startup ecosystem, and digital transformation. We should treat these as opportunities and not threats,” he said in his speech at the summit.

For their part, he said, the DICT is also mobilizing its over 70 ICT councils nationwide to improve the startup and innovation environment in the country.

“We’ve been able to grow in Cebu much faster than in Manila over the past years. The ability of the market to support our growth here shows the ability of Cebu’s talent. Cebu has a lot of talent, not just technical but also creative,” he said during a panel discussion on the the Super Cities list.

The same observation was noted by Dave Overton, CEO of Symph and Co-Founder of TechTalks.ph who said Cebu is interesting due to its “creative flair.”