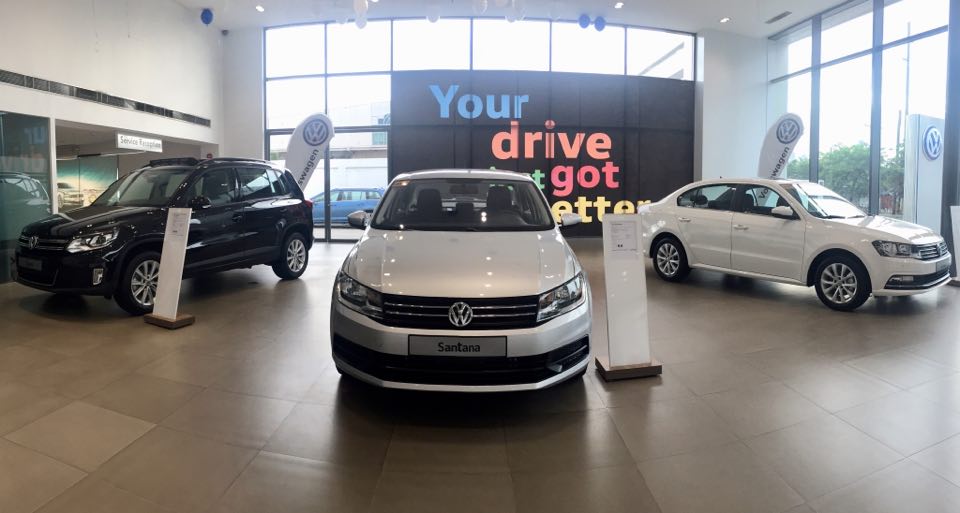 From left, the Volkswagen Tiguan, Santana and Lavida are displayed at the Volkswagen Cebu showroom at the North Reclamation Area in Cebu City. CDN PHOTO/BRIAN J. OCHOA

This after Volkswagen Cebu launched last Saturday three models that were made more affordable for the Philippine market.

The three new models are the Santana subcompact sedan, the Lavida compact sedan and the Tiguan compact crossover.

Actually, there were five new models launched by Volkswagen Philippines in Manila, including the Lamado and the Santana GTS.

But these two will be available in the local market starting November. The other three are available in all Volkswagen dealerships in the Philippines, including Cebu.

The new models are now made affordable since they are products of the Shanghai Volkswagen plant. Another factor is also the trade agreement between China and the Philippines that started January 2018. 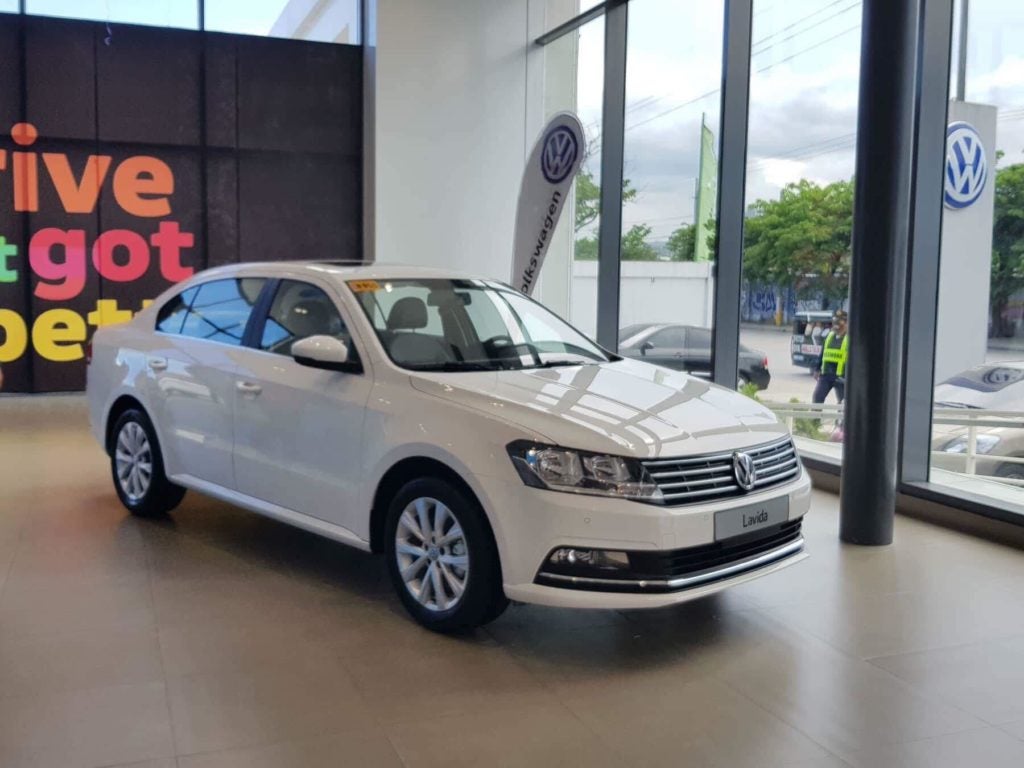 Although it will be coming in as completely built units from China, Volkswagen Cebu branch manager Ren Dumaraos said quality isn’t going to be an issue for these five new vehicles.

“Preventive maintenance schedule will still be once-a-year (or every 10,000 kilometers), the same with those (units) coming from Germany,” Dumaraos said. “So there’s really no sacrifice of quality.”

All five will also have a warranty of three years or 100,000 kilometers, whichever comes first.

Dumaraos said he is positive that these new vehicles will now be within reach of the Cebuano market.

“Now we can really live up to our slogan as being the ‘People’s Car,’” Dumaraos added.

Among the new vehicles from the Shanghai plant, Dumaraos said the Santana, which is based on the VW Passat’s platform, is the one that has great potential since it is priced competitively in the subcompact sedan category, the same segment where the Toyota Vios, Mitsubishi Mirage G4 and the Nissan Almera reigns.

The Santana’s price tag is at P698,000, a very attractive figure considering that the subcompact sedan already has front and rear power windows, color-keyed electric adjustable side mirrors with side turn lamps, and rear fog lamps. 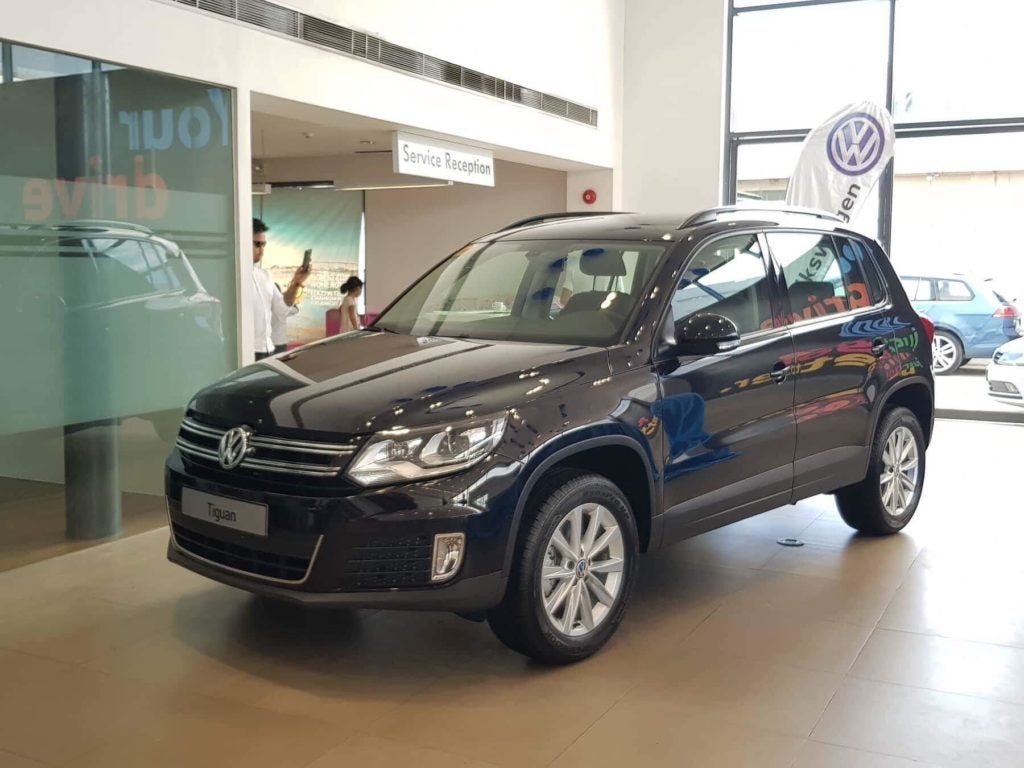 Apart from that, it has a torquey 1.4-liter Multi-Point Fuel Injection gasoline engine that is Euro 5 compliant. This engine produces 90 PS (88.8 HP) of power and a whopping 132 newton meter of torque, practical for the Cebu stop-and-go traffic.

While the Santana may sound new to the Cebu market, the nameplate has actually been around since the early 1980s.

The first generation was introduced in 1981.

The current Santana is the fifth generation.

The Lavida is also a promising sedan.

With a price tag of P1,198,000, the Lavida should be a strong contender in the compact sedan category. It will come with a sunroof, leather seats, push start/stop button, among others.

But the highlight, apart from the patented German engineering Volkswagen is known for, is the 1.4-liter turbocharged MPI gasoline engine with BlueMotion Technology paired with a 7-speed dual clutch automatic transmission. 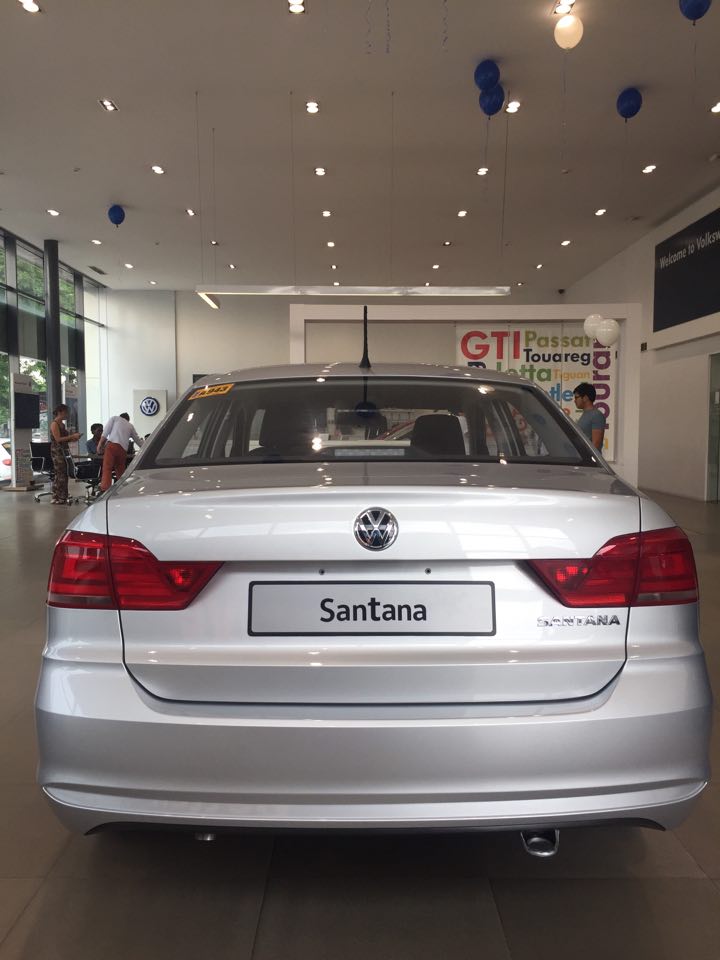 The Tuguan, meanwhile, is now longer than its predecessor and is also made more affordable.

It is priced at P1,688,000, with premium features that can match any of those in its class. /with a report from Brian Mikhael J. Ochoa