No seeding for Serena Williams in French Open 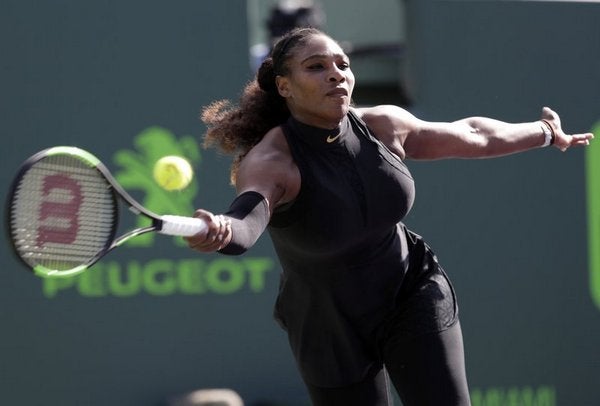 French Open organizers announced on Monday they will not give Williams a seeding.

“This year again, tournament officials will establish the list and ranking of the women’s seeds based on the WTA ranking,” the French Tennis Federation said in a statement to The Associated Press. “Consequently, (the seeds) will reflect this week’s world ranking.”

Williams, a three-time French Open champion, is expected to play in her first major since giving birth to her daughter in September.

While Williams can enter Roland Garros under the WTA’s protected or “special” ranking rule, it’s up to Grand Slam organizers to give her a seed.

While she was No. 1 when she left the tour to give birth, Williams is currently ranked No. 453.

The WTA is considering a rule change to add protected seeding for highly ranked players returning from maternity leave but the earliest that could take effect is next year.

Several of Williams’ biggest rivals believe she deserves a seeding.

“I would like to see that (rule) change,” Maria Sharapova said at the Italian Open last week.

“It’s such an incredible effort for a woman to come back from physically, emotionally. … There’s just another whole dimension to the travel, to the experiences, to the emotions to the physicality of every single day. Tennis is such a selfish sport but I think when there’s a child in your life, you lose a little bit of that, because there’s something that’s so much more important,” added Sharapova, who has lost three Grand Slam finals to Williams.

The French Open draw will be made on Thursday, with the tournament starting on Sunday.

Williams returned to the tour briefly in March after a 14-month absence. She was not seeded at tournaments in Indian Wells and Miami, and compiled two wins and two losses.

William has won the French Open more than any current player, and last year’s champion, Jelena Ostapenko, is looking forward to her return.

“She’s someone who the tour was missing, because she’s a great champion,” Ostapenko said. “She was my idol since I was growing up.”