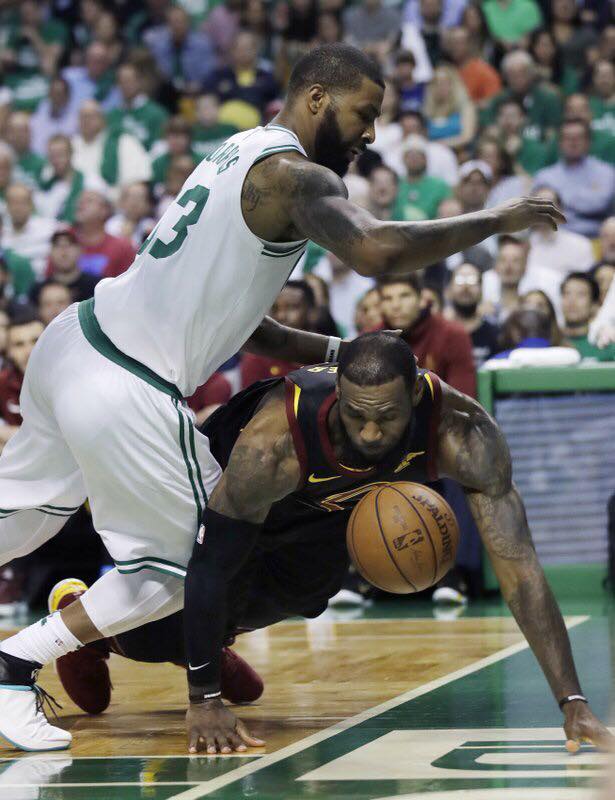 LeBron James of Cleveland loses the ball out of bounds under defensive pressure from Boston forward Marcus Morris during the first quarter of Game 5 of the NBA basketball Eastern Conference finals. Ap

The Celtics remained perfect in Boston this postseason with their 10th straight victory at home and moved within one win of their first trip to the NBA Finals since 2010.

Game 6 is in Cleveland on Friday night, with the decisive seventh game back in Boston on Sunday if necessary.
The home team has won every game so far in the series, and none has been closer than nine points.

“To do what we want to do we still have to beat this team one more time,” Celtics coach Brad Stevens said.

“And it’s hard to do in the NBA.” LeBron James had 26 points and 10 rebounds and Kevin Love scored 14 for the Cavaliers, who are trying to reach the finals for the fourth consecutive season.

James has played to the end in seven straight seasons.