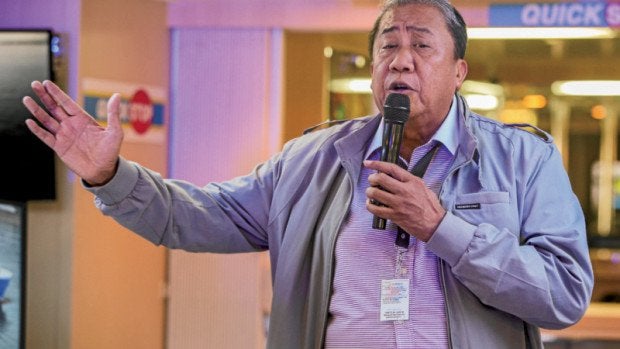 It’s a welcome news, says Economic Secretary Ernesto Pernia. But he reveals they might consider asking Cebu City to implement BRT if DOTr will still go against it.

Until yesterday, the secretary of the Department of Transportation (DOTr) wanted to scrap the BRT project.

A week before the National Economic and Development Authority Investment Coordinating Committee (Neda-ICC) convened last April to deliberate the country’s capital projects, Tugade, in a three-page recommendation letter sent to the committee, stated that having the BRT in Cebu City will be irrelevant due to its narrow roads, underutilized funds, multiple delays incurred, to name some.

This prompted the Neda-ICC to give DOTr 10 days, starting April 25, to come up with a short-term alternative to the BRT.

The Neda-ICC is composed of the secretaries of Neda, Finance, Trade and Industry, Budget and Management, Energy, and the governor of the Bangko Sentral ng Pilipinas.

In a phone interview with Cebu Daily News yesterday, Neda Secretary Ernesto Pernia, who co-chairs the ICC, said DOTr failed to submit what was requested by the Neda-ICC.

When he learned about Tugade’s new position on the BRT, Pernia said the news delighted him.

“I think that now, he’s coming around because I think he’s hard-pressed to come up with an alternative to the BRT. I haven’t spoken with him lately but that’s good,” said Pernia.

The BRT has been in the pipeline for long. Pernia said that while it was technically approved by the Neda-ICC last August 2017, the DOTr, the project’s implementing agency, had been hesitant on proceeding with it.

“Technically, the BRT is a go. Because it got the Neda-ICC approval, which is needed before implementation. But there was just a little complication because DOTr had some reservations such as narrow streets in Cebu City,” said Pernia.

Meanwhile, Pernia also said that the Neda-ICC agreed that it would tap the Cebu City government to take over the implementation of the BRT in the event that the DOTr will be unable to do so.

“In other words, we felt that during our last ICC meeting, when DOTr expressed its reservations, OK, we said, maybe the local government can do it. Meaning, there’s another way of implementing it,” said Pernia.

He added that DOTr has until June to submit their report containing their plans for the full-implementation of the BRT project. However, Pernia also said the Neda-ICC will have to discuss more about their plans on tapping the city government to implement the BRT.

For his part, Cebu City Mayor Tomas Osmeña expressed hope that with Tugade supporting the BRT, the project will finally proceed to its full implementation.

“I hope it’s (Tugade’s stance) true. God willing (it will be implemented),” said Osmeña in a text message.

But for Gordon Alan Joseph, executive director of Metro Cebu Development and Coordinating Board (MCDCB), the BRT project will still be a failure if existing roads in Cebu City remain narrow.

“The BRT project design does not call for the widening of roads. If we do not widen roads and provide dedicated BRT lanes, then in all likelihood it will fail,” said Joseph.

On the other hand, Tugade urged stakeholders not to limit on choosing only one alternative to the growing traffic issues in Metro Cebu.

“But let’s disabuse our minds that there’s only one system to solve all. Let us have a basket of solutions. There’s a lot of things to be done,” he added.

Read Next
Aloguinsan landfill is under CDO – EMB