Serena Williams pulls out of French Open due to chest injury 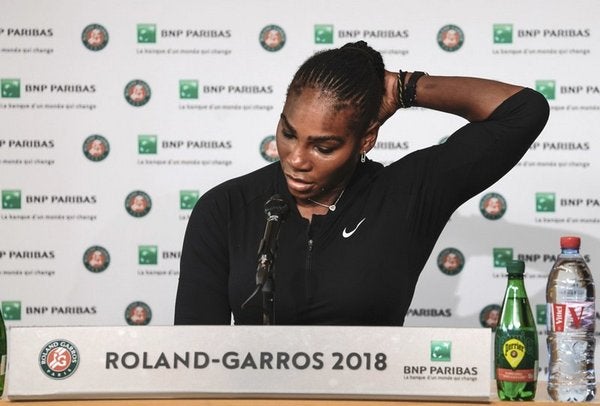 Serena Williams of the US answers journalists at the Roland Garros stadium in Paris, where she called off her Grand Slam comeback because of a chest muscle injury. She was supposed to play Maria Sharapova in the fourth round. /ap

PARIS — Serena Williams tried to play through the pain of an injured chest muscle.

Eventually, barely able to serve, she knew she had to call off her Grand Slam comeback.

Williams pulled out of the French Open less than an hour before she was supposed to face Maria Sharapova in a fourth-round showdown Monday, the most-anticipated match of the tournament so far.

The announcement came two days after the 36-year-old American initially felt something was wrong during a singles victory. But she hid that bit of information — even from her coach — and a day after Williams struggled through a doubles loss with her sister, Venus.

This was Williams’ first major tournament in 16 months, and her first as a mother.

She was pregnant when she won the Australian Open in January 2017 for her 23rd Grand Slam singles championship, the most for anyone during tennis’ 50-year professional era.

Her baby was born last September.

Because of the withdrawal, this does not count as a victory for Sharapova, who will play 2016 French Open champion Garbine Muguruza on Wednesday.

Oddly enough, Muguruza didn’t have to put forth much effort in the fourth round, either.

Her opponent, Lesia Tsurenko, stopped because of an injury after only two games.

No. 1 Simona Halep, a two-time runner-up at Roland Garros, will play former No. 1 Angelique Kerber in Wednesday’s other quarterfinal.