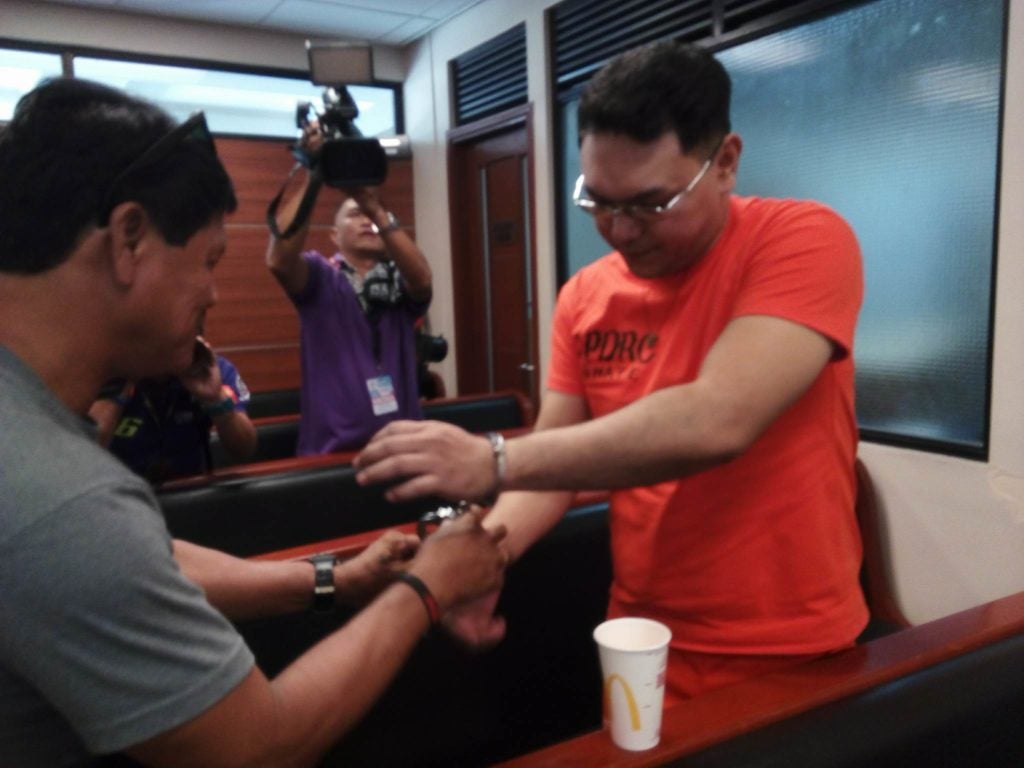 Just-resigned Bohol Provincial Board Member Niño Rey Boniel and two other suspects on Thursday refused to enter a plea on the charge involving the alleged killing of his wife.

As part of the procedure, the trial court put in a “not guilty” plea for him and co-accused Wilfredo Hoylar and Restituto Magoncia during the arraignment before Judge Ferdinand Collantes of the Regional Trial Court Branch 65 in Lapu-Lapu City.

Two other accused who were earlier endorsed as state witnesses by the police—Riolito Boniel and Randel Lupas—surprised the parties when they entered a not guilty plea during the proceedings.

Riolito and Lupas begged off from issuing any statement to the media.

Niño’s lawyer Gerardo Carillo said Riolito and Lupas must now be transferred from the custody of the Department of Justice’s Witness Protection Program to the Cebu Provincial Detention and Rehabilitation Center (CPDRC) in Cebu City following the denial of the two accused.

The four other arrested accused, on the other hand, were charged with murder.

In his counter-affidavit, Niño claimed that his wife Gisela is still alive and is in hiding herself to escape “millions of debts.”

But the panel of prosecutors did not give much weight to his defense and instead let the court conduct a full-blown trial.

Niño Rey Boniel has resigned as board member of Bohol’s second district, barely a year after being detained at the Cebu Provincial Detention and Rehabilitation Center for allegedly masterminding the killing of his wife, Bien Unido Mayor Gisela Boniel.

Boniel, who has been detained at the CPDRC while the trial against him continues, on Thursday announced that he already tendered his irrevocable resignation at the Bohol Provincial Board after “thorough consultation with family and supporters.”

Director Rene Burdeos of the Department of Interior and Local Government in Central Visayas (DILG-7) said the chairman of the political party where Niño belongs can nominate the latter’s replacement.

Niño ran and won under the Nacionalista Party in the 2016 elections.

His wife’s body, who was reportedly dumped off in between the islands of Olango and Caubian in Lapu-Lapu City at dawn of June 7, 2017, remains missing.

Read Next
Boniel resigns as Bohol Provincial Board Member