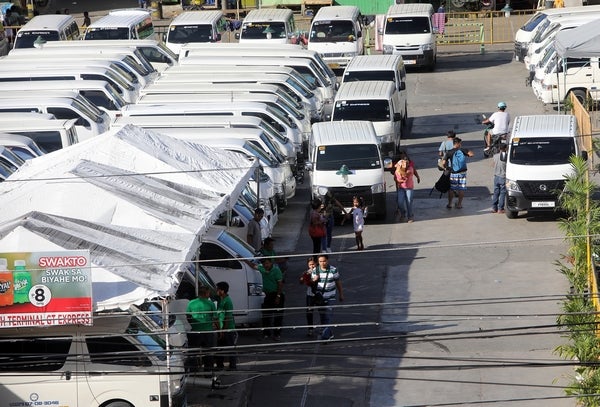 The Kamagayan V-hire terminal along Junquera Street will stay after Mayor Tomas Osmeña changed his decision to close the terminal.

Vans-for-hire (V-hires) plying the southern and western towns can continue using the city-owned lot in Barangay Kamagayan as terminal in deference to the governor’s request.

But Osmeña planned to remove its coordinator, Douglas Labra, and hand in the management to the Barangay Mayor’s Office (BMO) in Kamagayan.

In a post on his Facebook page on Tuesday, the mayor said Davide called him up after he announced that he would no longer allow the V-hires to use the 400-square meter property after Labra prohibited BMO’s vehicles to park in the area.

He said the governor asked him to reconsider his decision since the terminal was both accessible and convenient for commuters who would take the
V-hires in traveling to the towns of Santander, Oslob, Pinamungajan, Samboan, Sibonga, Moalboal, and Toledo City.

“Because Governor Davide asked, the Kamagayan V-Hire area would not be closed. He just called me saying that many of his constituents benefit from it, so I will support him,” Osmeña stated on his post.

Cebu Daily News tried to reach Davide through his mobile phone but it was left unanswered.

Although the terminal in Kamagayan would stay, it didn’t mean that Labra was off the hook.

Osmeña mandated the BMO in Kamagayan to manage the terminal to prevent any abuses.

“The abusive management of the terminal will not be allowed to return. (The terminal in) Kamagayan will now be directly under the Barangay Mayor’s Office to make sure that the drivers are not forced to eat in the management’s carenderia (eatery) or refuel in a certain (gasoline) station,” he said.

During a news conference on Monday, Osmeña said Labra, whom he appointed last year as terminal coordinator, was abusive when he prevented BMO vehicles to park in the area.

Labra denied the allegations, saying the mayor was misinformed.

CDN tried to contact Labra on Tuesday but to no avail.