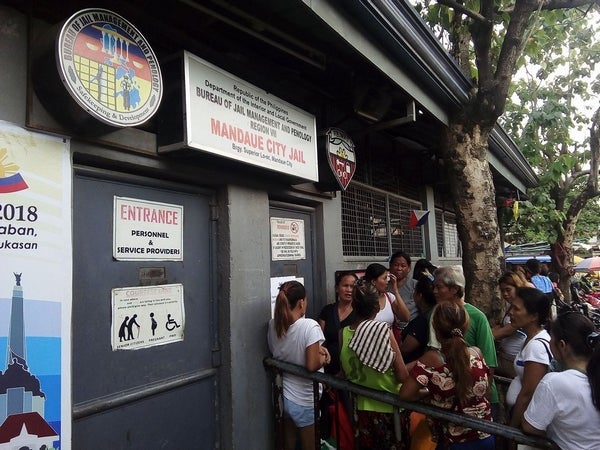 If a top police official will have his way, jails must be equipped with x-ray machines to deter the smuggling of contraband. CDN Photo/ Norman Mendoza

TO PREVENT the smuggling of illegal drugs and other contraband into jails, a police official has suggested to the Bureau of Jail Management and Penology (BJMP-7) to put x-ray machines in all detention facilities especially those which are heavily crowded.

Police Sr. Supt. Roberto Alanas, Mandaue City Police Office director, who also heads the Special Investigation Task Group (SITG) said that he is alarmed by the current situation in jails where not only illegal drugs are being smuggled but gadgets, firearms and appliances as well.

Alanas made his recommendation after nine sachets of suspected shabu, drug paraphernalia, cellphones and appliances were confiscated in a greyhound operation conducted last Thursday morning at the Mandaue City Jail.

The greyhound operation was a part of an ongoing investigation on the death of suspected drug lord Steve Go who was shot dead by an inmate inside the Mandaue City Jail using the .38 caliber revolver allegedly owned by the victim.

As people who are into illegal activities are getting more innovative, Alanas said jail facilities must also upgrade their technology.

Buenacosa however, admits that that could take time since x-ray machines are quite expensive.

“We are considering that recommendation, but mahirap yan for this year, we’ll try sa next year na budget. Sobrang mahal po nyan. Maybe we can ask the help of the local government unit,” Buenacosa said.

As an added precaution, he said they are looking at installing additional closed-circuit television cameras at the Mandaue jail, especially in areas identified as weak points.

The BJMP he said, is also currently processing the necessary permits to start the construction of another jail facility in Barangay Labogon which can accommodate 2,000 inmates.

The Labogon jail, Bunacosa said, is unlike the current facility in Looc because it is isolated from commercial and residential structures.