CPPO chief: Deaths cannot be avoided in war against drugs 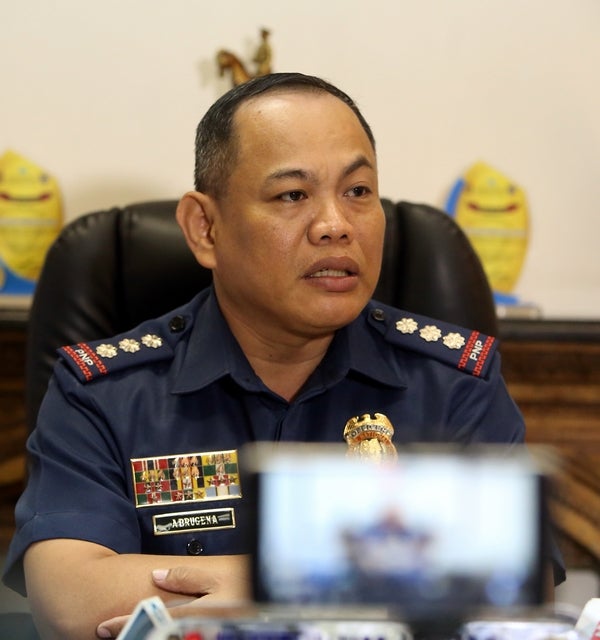 CASUALTIES cannot be avoided in an intensified campaign against illegal drugs, said a top official of the Cebu Provincial Police Office (CPPO).

Senior Supt. Manuel Abrugena, CPPO director, said that casualties are a natural occurrence especially when authorities are really serious in doing their job.

He also said that he was not surprised that Cebu ranked third in the number of drug-related deaths in the country.

(We can see, correct me if I’m wrong and I meant no offense, that the problem of drugs is really huge in Cebu)

A study by researchers from the Ateneo de Manila University and De La Salle University showed that the city and province of Cebu ranked third in the most number of drug-related killings in the country, amid a relentless war on drugs that began soon after the national and local elections ended in May 2016.

Data culled and analyzed data from news reports from May 2016 to September 2017 showed that at least 383 persons in Cebu were killed either in a shootout with the police or gunned down by unknown assailants, said the study released on Tuesday by the Ateneo School of Government.

Abrugena said that it is only natural to have a high casualty count especially since the current administration is bent on eradicating the menace.

Based on data from the Police Regional Office in Central Visayas (PRO-7), at least 180 drug suspects in the region were killed in shootouts with policemen, while 213 others were gunned down by still unknown assailants since July 1, 2016.

On the other hand, at least 9,466 drug suspects were arrested in Central Visayas while some 108,742 drug users and pushers surrendered to authorities at the onset of Oplan Tokhang (toktok hangyo), a police door-to-door anti-drug campaign where suspects are asked to surrender and sign documents renouncing their involvement in illegal drugs, either as a user or a peddler.

Abrugena said that not all who were killed in Cebu were done during police operations.

He said that some of those linked to illegal drugs were killed by their former cohorts in the illegal drug trade.

Read Next
Business structures up next for demolition?