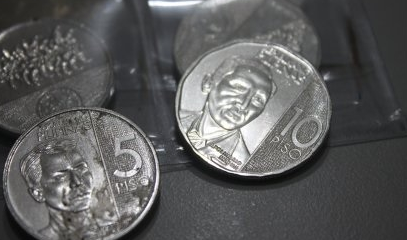 The Philippine peso was the second worst performing currency among emerging economies in the region during the first half, but the Department of Finance (DOF) said on Friday that sound macro fundamentals would rein in the exchange rate to comfortable levels.

In an economic bulletin, DOF Undersecretary and chief economist Gil S. Beltran said that as of June 28, the peso depreciated by 7.42 percent year-to-date against the US dollar, just behind the 7.46-percent depreciation of the Indian rupee.

But Beltran noted that among 13 major Asian currencies, “the most depreciated currencies are issued by the fastest growing and most competitive countries… Note that in the first quarter of 2018, GDP [gross domestic product] growth in India was 7.7 percent; in the Philippines, 6.8 percent.”

Along with Indonesia’s GDP growth of 5.1 percent, Beltran said that the three countries’ economic expansion in the first three months was “among the highest economic growth rates in the world,” even as the rupiah also depreciated by 4.97 percent year-to-date.

“The Philippine peso is moving in tandem with global currencies in the ongoing turbulence in financial markets arising from the intensifying trade war, the rise in US interest rates, and the shift in European Central Bank monetary stance as it is about to end quantitative easing,” Beltran said.

In June, the peso depreciated 1.73 percent from May levels.

“Exchange rate movements—whether depreciation or appreciation—should not be taken as a sign of structural weakness in the economy. In an environment of global uncertainty where domestic macroeconomic fundamentals are sound—real GDP growth is higher than 6 percent, inflation is within the neighborhood of projected levels, gross international reserves are in excess of 8 months of imports of goods and services, balance of payments and fiscal deficits are financeable, and the debt ratios are declining—the exchange rate should move flexibly,” according to Beltran.

Read Next
A simple guide to protecting your future