Mayors and their bodyguards 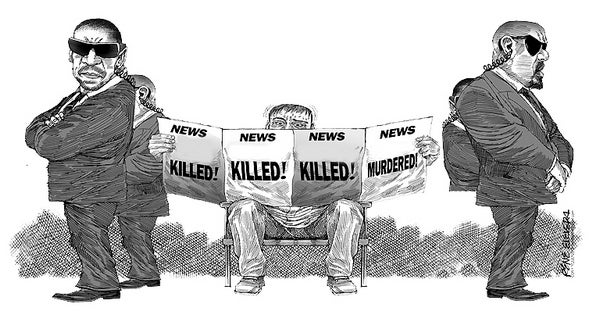 Should mayors consider hiring bodyguards for their own security or should they simply content themselves with the security detail provided by the police and paid for by taxpayers?

If you ask Daanbantayan Mayor Vic Loot then he would emphatically answer yes. After all he and his family barely survived an ambush recently, more than a year after he was tagged by President Rodrigo Duterte as an alleged drug coddler.

By virtue of this tag he was also stripped of his authority over the local police and even if he was provided security detail, Loot would have to wonder whether he is secure enough with their protection.

The killings came amid President Rodrigo Duterte’s meeting with mayors across the country and his reminder to them to crack down on illegal drug trafficking in their areas.

The President’s sense of urgency in wiping out the drug menace had elevated to the point that he even mentioned his preference for police chiefs to replace mayors at least as far as keeping the peace in their towns and cities are concerned.

Three elected local offiicals killed within a week is hard to ignore and the League of Mayors in the Philippines (LMP) Cebu chapter had given mayors the option to hire their own bodyguards without mentioning if they should be paid with local government funds.

While some mayors may have pliable constituencies, other towns and cities with a decidedly stronger economic base i.e better earning residents that can afford to be more independent minded would likely frown at seeing their tax money go to paying for the mayor’s personal security.

The killings are intended to scare and intimidate mayors either tied to drugs or known to be lax in their anti-drug campaign into being more aggressive in their crackdown with no assurance on whether it will lead to better performance or law enforcement.

But you don’t see other officials acting scared or if they are, they’re not showing it. At least until the body count runs commensurate to the thousands of average street pushers found dead on the streets ever since this relentless war against illegal drugs began under the Duterte watch.

If the mayors do decide to hire bodyguards preferably with their own money they can do this even with public disapproval on the issue riding high.

They can always point to next year’s elections as yet another convenient scapegoat for their increased sense of security within their private circle.